Why MARVEL movies are better than DC movies? 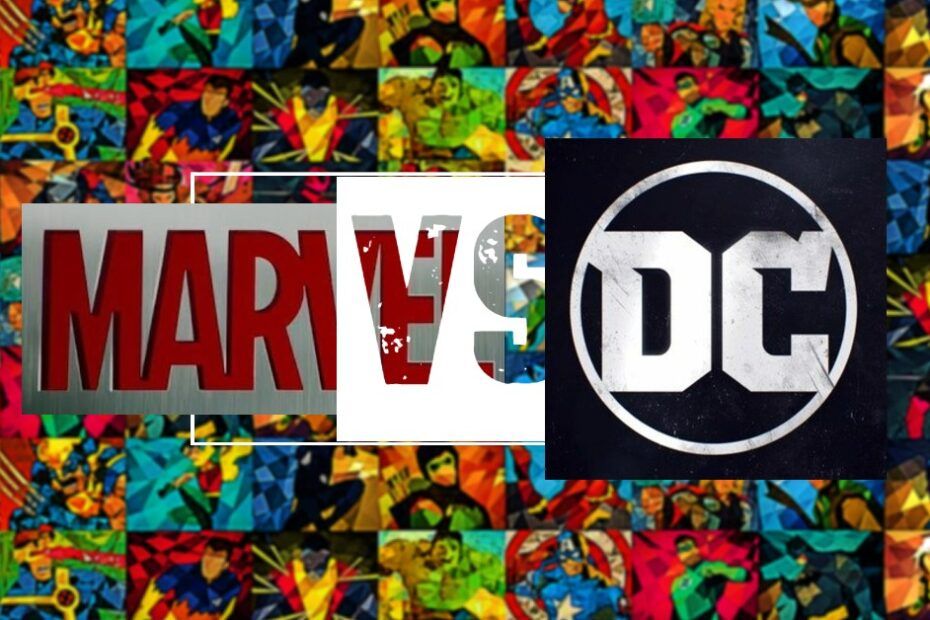 Superhero movies are popular among all ages, these movies provide a way to fulfill the fantasies of individuals.

Before in the cinematic world, these two names were famous due to their phenomenal comics, Marvel and DC comics were some of the most sold and read books. DC published its first comic in 1938 of Batman, while Marvel arrives in the very next year with his characters Namor and Human Torch. And then both companies began to develop their characters over these years.

Now it is a well-known fact that due to Marvel and DC movies, the popularity of characters is increased but the popularity of comics is decreased proportionally. Each character has its origin(history) and story and writers keep building their characters in forthcoming years. Still, comics are written concurrently, and these comics help Marvel and DC movies to develop their Universe.

These two companies are now progressing on daily basis, now they have created their universe by expanding themselves from movies to TV Series, Animated movies, Cartoons, and now acquiring OTT platforms. DC and Marvel also advertise their products by developing their franchise of toys, clothes, and many other goodies, all this comprises to be a part of the whole universe. The extended universe consists of crossovers between two different television programs or between a television program and series of movies.

Phase 1 (2008-2012): This was the original beginning of Marvel movies, under the production of marvel. The main characters of this phase were Ironman, Thor, and Captain America. Marvel tries to wind up each phase with a big movie and for this phase, that movie was The Avengers, which extremely uplifted the popularity of the marvel universe exponentially.

Phase 2 (2013-2015): In this phase, marvel introduced some more characters like Guardian of Galaxy, Wanda, Vision, Ant-man, etc. These characters came together in Avengers Age of Ultron to fight against Ultron.

Marvel uses a technique to make a path for their next project from the current project while spinning a story between all these movies and giving it an end at the end of the phase. And with all these movies marvel started to release few series with the corporation of Netflix on Netflix. Jessica Jones, Daredevil, Ironfist, Defenders, and few others. Before MCU, movies were released about marvel characters like Spiderman, which gave the most famous and friendly superhero of all time under the production of Sony and Columbia Pictures.

It is series of movies and television programs based on the characters of DC comics. The most famous protagonists of these books are Batman and Superman. The DC universe is more famous for its excruciating villains like Joker, Doomsday, and several more. Famous DC television programs are The Flash, Arrow, and Teen Titans. DC is more accomplished in its television universe comparative to its cinematic universe. In the modern DC Universe, DC has released only 9 movies from 2013 to 2020, which is a really low number in comparison to marvel. This is one of the reasons why Marvel movies have an edge over DC extended universe.

Due to the high popularity of the Avengers series and low production of DC movies, Marvel movies are way ahead in the game of ratings in comparison to DC movies. According to the facts of Rotten Tomatoes, most ratings of the marvel movie lie between 75%-90%, with the highest-rated movie “Avengers Endgame” by 94%. While this is not the case with dc movies, the relatively new and highest-rated movie of DC is Joker by 68%. So, it is crystal clear that Marvel movies have higher ratings than DC movies.

Whilst last year Joker bagged 2 Oscar, for its extraordinary acting and music. So, it can be concluded that the DC universe does all have the potential within them, they just have to work more, give more movies to the audience, so that we can be more connected to the DC universe too.

Why Marvel movies are better than DC movies?

The very prominent reason is the less amount of DC movies, it is nearly correlated to the proverb that only one who sees is sold, if you ask me for its explanation, the problem is less frequency of movies on box office, which leads to less advertisement of DC universe, which directly affects to the number of fans for DC universe. On the other side if we talk about Marvel, if we take statistics then, Marvel fans get to see almost 2-3 movies per year, whereas DC lacks to complete even 1 movie per year, which leads to disappointment for DC as well as for comic book fans too.

Marvel is so precise about its movies and characters which never lets the expectation of its fans down, Marvel is working on god-level to produce movies, besides movies by this year Marvel has launched its MCU web series too.

Another factor is characters, DC was working with limited stories and characters, whereas marvel introduced a whole lot of characters in their subsequent phases, from the last two years DC also introduced some more characters like Wonder Woman, Aquaman, Shazam, and another storyline as Suicide Squad and Justice League.

DC is in the development phase right now, but we superhero fans know that DC has a tremendous amount of potential and stories that can set the stage on fire, just one thing which is stopping DC is their low production of movies, but in the last comic con of DC, DC has announced ample projects and we fans are excited about these projects.

While a part of the Superhero Community thinks that Marvel vs DC is not justified at all. To understand their points of view watch the video given below.

So, if you are a superhero or comic fan and you love either dc or marvel then make sure to share this with your friends so they can also know that why exactly dc is lacking to beat marvel based on movies.

It would be a privilege to know your side about the narration of this blog.

Tags:DCMCU
previousWhat kept me afloat in 2020: Books
nextThe Ellen DeGeneres Show or The Oprah Winfrey Show and Why?