Why was Florence Nightingale known as ‘Lady with the Lamp’ and what was her contribution to modern nursing? 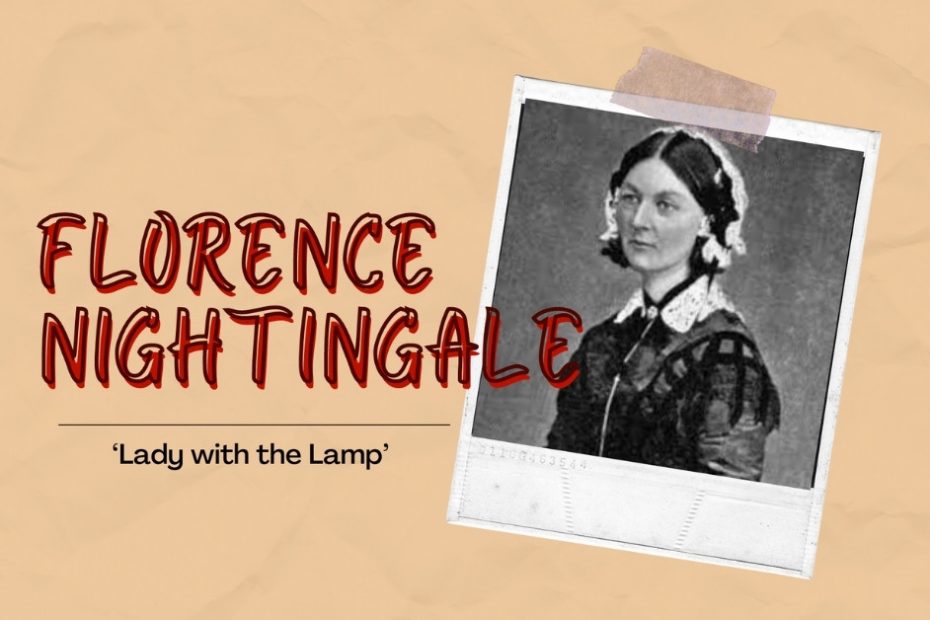 The Crimean War marked a turning point in history. It introduced major changes in society and battle.

The war began over a minor and insignificant religious dispute. For years, traditional Christians supported Russia, and Roman Catholics backed by France had squabbled and the Middle East, under the control of the Muslim Ottoman (Turkish) Empire.

Both France and Russia wanted to administer this altar and wanted to be the defender of the Ottoman Christians. The losses on all sides were immense. At least three-quarters of a million soldiers died, most through illness and disease off from the battlefield. The French lost around 1,00,000 men, the British about 20,000, and the Russians well over half a million.

From the muddled, chaotic catastrophe of the Crimean War, one person was loved; not a general, not a soldier, but a woman. Her statue stands against the backdrop of the Crimean War Memorial in the company of the three guardsmen. Her name is Florence Nightingale.

Who was Florence Nightingale?

In 1820, Florence Nightingale was born into a rich, dignified British family. She was named Florence after the city in Italy where she was born. And here is a piece of trivia: The name Florence had never been a woman’s name before. But it became famous as a result of her impact on the world.

What Florence went on to attain in her life is all the more majestic when you consider how culturally calm women were in Victorian England. Women of Nightingale’s elite class didn’t attend university or have professional careers. Alternatively, their purpose in life was to marry and bear children. However, Florence’s Father believed ladies ought to be educated, and he in person tutored her Italian, Latin, Greek, philosophy, history, and most uncommon of all for ladies of the time, writing and arithmetic.

Florence grew to be a tall pretty girl. At the age of sixteen, a strange thing happened to her. She didn’t consider herself to be particularly religious, but at the age of seventeen, she felt like God spoke to her and called for future service. She wanted to make ready herself for whatever God calling her to do. She decided to go and get some hands-on experience and training at a hospital run by a family friend.

Florence refused to consider a normal life. She traveled to Paris to serve in a hospital run by nuns. In due course back in England. It was then in 1853 that the Crimean War erupted. The decision to clash was met with eager support from the British public.

At that time, English military hospitals were a disgrace. Any wounded men sent there had an almost futile chance of recuperating. To cease in a military hospital was virtually an acquit. The Secretary of War created a new official position of Superintendent of Nursing for hospitals in Turkey and then set about trying to search through all of England. And the best person he could find was Florence Nightingale. She was to go to the Crimea with the nurses of her choice and with total authority over nursing in the hospital.

Despite the many obstacles, Florence Nightingale and her party of nurses kept on working. It seemed that nothing could stand in her way when it came to caring for the wounded and the sick. The changes that Florence introduced reduced the death rate in military hospitals from 42% to 2%. And even from the war zone, she started suggesting changes that would help the men. It had been a miserable war. Although the war had begun with a huge stipend of popular support, by the end of it, the English public was terrified and tired of it. But amid the havoc, Florence Nightingale emerged as a hero.

Why Florence Nightingale is known as ‘Lady with The Lamp’?

At the time of the Crimean War, when Florence Nightingale and her party of nurses to Turkey, what they found when they arrived in Turkey was a total disaster. It was no wonder that so few of the wounded English soldiers ever made it back home. They found moldy bread, scarce water, filth, and overcrowding all over, no arrangements for hygiene, no bedsheets, no operative tables, and no medical provides. The nurses themselves were allocated bedrooms and a single kitchen which were rat-infested. The first things she requested were towels and soap. Then she started insisting that the floors should be scrubbed and the clothes should be washed. She wasted no time in flogging the hospitals into shape.

But right away, she started running into trouble. Some of the officers grumbled about her power. Some of the doctors also grumbled. How could this woman just arrive, pretend to know what needed to be done, and have more authority than they had? However, there was one cluster of individuals who approved of her and supported what Miss Nightingale was doing. These were her patients, the wounded soldiers. They all but adored her, because she did for them what no one else had done. They named her “the lady with the lamp”, because at the daybreak when it got dark and other staff had retired for the night, Florence Nightingale would take her lamp and come upon the wounded in the zone. She made sure they were cozy and their injuries were liable to. The obliged soldiers spoke of kissing her very shadow as she went by.

During the war, Florence operated with the National Society for the Aid to the Sick and Wounded, which was later called the Red Cross. After the war ended, Florence had returned to England looking pale and gaunt, suffering from several sicknesses. But she had finally found what God had called her to do. Florence managed to convince Queen Victoria that urgent reforms were needed. They became friends. The Queen would call for her to visit the palace, and amazingly, even made casual visits to Florence’s home herself. Florence reduced her public work for a time to nurse first her dying father, then her dying mother, and then her dying sister. Florence herself lived on into maturity, continued to toil and contribute. She was treated with respect and awe. She continued to write until her sight failed and her memory diminished.

In August 1910, she fell asleep around noon and did not wake up. One of the very lamps she used is on display at the Florence Nightingale Museum near the Houses of Parliament in London. The Turkish-style lamp is an illustrative reminder of her allegiance and dedication to care for the sick and dying under difficult and trying conditions.

We will mark the 201st anniversary of the birth of Florence Nightingale on the 12th of May, 2021. World Health Organisation has declared 2020 as the Year of Nurses and the Mid-wife. The International Nurse Day is an international day observed around the world on 12th May of each year as a tribute to ‘lady with the lamp’, the foundational thinker of modern nursing.

At the Eighth International Conference of Red Cross Societies in London, it was decided to pay tribute to Florence Nightingale by awarding a medal to those distinguished in the nursing field. This award is named as Florence Nightingale Award. It is the highest international distinction a nurse can achieve and is awarded to nurses for “exceptional courage and devotion to the wounded, sick or disabled or to civilian victims of a conflict “or “exemplary services or a creative and pioneering spirit in the areas of public health or nursing education”.