Why Critically Acclaimed movies get banned in India? 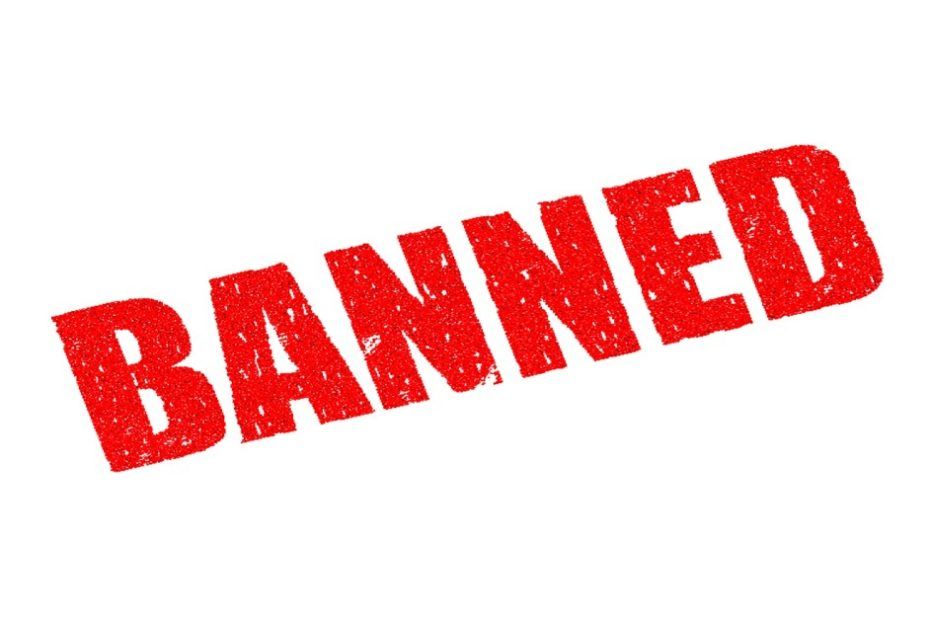 Bollywood is the largest film industry in the world producing over 1500-2000 movies per year. However, apart from all hits, flops, and mediocre films, there exists another category in Indian Cinema which is deliberately kept out of our reach. Movies that indulge in strong and atrocious use of language, sensitive scenes, gender taboos, prostitution, religion, and basically movies which are way ahead of there times.

Indian cinema has no rarity of films that either courted major controversy or faced complete ban and were never released in the country. Interestingly, these pictures were critically acclaimed and been well-received at international film festivals.

Top 10 critically acclaimed movies ever made in India

From themes that deal with communal violence to homosexuality and politics to bold issues, these are some of the most controversial, yet critically acclaimed movies ever made in India.

Kama Sutra: A Tale of Love, directed by Mira Nair, is an Indian historical erotic romance film which was banned in India with the officials stating that the film’s sexual content was too harsh for Indian sensitivities. Ironically, Kama Sutra is the book whose origin is India itself. Kama Sutra is not only about sexual positions and art of seduction, but it teaches the true meaning of Love. Protesters labeled the film as unethical and immoral, but it was critically acclaimed all over the globe. It was nominated for the Golden Seashell award at the 1996 San Sebastián International Film Festival and was also screened at the Cannes Film Festival. But because it was the nude truth it was banned in India.

The film, directed by Bafta-winner Shekhar Kapur, was criticized for its excessive use of abusive language, sexual content, and nudity. Although Phoolan Devi (the main character, played by Seema Biswas) fiercely disagreed with its accuracy and fought to get it banned in India. She even threatened to immolate herself outside a theatre if the film were not withdrawn. She withdrew her objection after Channel 4 paid her £40,000.

Author-activist Arundhati Roy mentioned the movie as “The Great Indian Rape Trick”, and questioned the right to “restage the rape of a living woman without her permission”, and charged Shekhar Kapur for exploiting Phoolan Devi and misrepresenting both her life and its meaning.

Despite the controversy, Bandit Queen went on to win the National Film Award for Best Feature Film. The film was premiered in the Directors’ Fortnight section of the 1994 Cannes Film Festival and was also screened at the Edinburgh Film Festival. The film was selected as the Indian entry for the Best Foreign Language Film at the 67th Academy Awards but was not accepted as a nominee. A critically acclaimed movie was banned because of the nude rape scenes, the use of atrocious language, and the ugly truth.

Fire is the first installment in the Elements trilogy directed by acclaimed filmmaker Deepa Mehta. The film was loosely based on Ismat Chughtai‘s 1942 story, Lihaaf (The Quilt). Fire is one of the first mainstream Bollywood films to explicitly show homoerotic relations and the first to feature lesbianism. Also, the theme of the movie was termed as ‘Alien’ by the Chief-Minister Mohan Joshi.

When the film was consistently described as a lesbian film. Director Deepa-Mehta said, “lesbianism is just another aspect of the film…Fire is not a film about lesbians,” but rather about “the choices we make in life.” Fire is considered a pathbreaking film for being the first Indian cinema to explore the homosexual relationships. But on its release, it faced adverse reactions with hoodlums burning posters and destroying cinemas where the film was being screened. But it was critically acclaimed all over the globe.

Opinion – Homosexuality is still a taboo for Indians. Movies are something that is very useful and acts as an important tool in bringing a revolution in Indian Society. But banning them is a clear reason for our backwardness.

Water is the third and final installment in Deepa Mehta’s trilogy of films. The movie tackles the subject of ostracism and misogyny through the lives of widows at an ashram in Varanasi.

This Movie was believed to show the country in a bad light, and even before filming started, right-wing activists stormed the ghats, burned the main movie set, threw the remnants into the Ganges, and issued suicide threats. Deepa Mehta was eventually forced to move the filming location to Sri Lanka. Not only that, but the entire cast was also changed and the film was shot under a pseudo title, River Moon.

After much controversy, the movie was finally released on 9 September 2005 at Toronto Film Festival. it was honored with the Opening Night Gala and was released across Canada in November of that year. It was first released in India on 9 March 2007. It won many awards at various film festivals.

Gandu is an Indian black and white drama, directed by Qaushiq Mukherjee. Though it was critically acclaimed it was banned because of the use of atrocious language and scenes of nudity and sex. It received mainly positive reviews from the critics. It literally rocked the Bengali Cinema. The film was never released in India, but it was perhaps one of the most talked-about films in recent times. It was never a family film, or even destined to be a rage among the art film circle or multiplexes in Bengal. Many people left during the sex scene.

The Pink Mirror is the first mainstream critically acclaimed movie to have two transsexuals as protagonists. Indian release title ‘Gulabi Aaina’ is an Indian drama directed and produced by Sridhar Rangayan. It is said to be the first-ever Bollywood movie to focus on the life of two transsexuals and a gay teenager’s attempt to seduce a man.

The movie explores the most ridiculed and miscomprehended subject of Transsexuality. No doubt that the Censor board got offended by the ‘vulgarity and obscenity’ in the movie and banned it even after the film garnered rave reviews at various film festivals around the world. The film has received tremendous support and critical acclaim from reviewers, festival directors, and global audiences. It also won the Jury Award for Best Feature, Fire Island, New York, USA and Best Film of the Festival, Question de Genre Lille, France

Directed by Amrit Nahata ‘Kissa Kursi Ka’ is an Indian political satire movie. Films on homosexuality, sex, or religion aren’t the only ones that have been banned by the CFBC. Kissa Kursi Ka faced fire for drawing parallels with the life of Indira Gandhi and Sanjay Gandhi. The Movie was banned by the Indian Government during the Emergency period and all the prints were confiscated and burned.  The film was set to be released in 1978, during the year of the emergency. The movie is a satirical comment over the system and the selfishness of the politicians regarded as a motion picture version of the cartoonist columns that are the most brutal taunt over the politics.

Parzania is an Indian Drama co-written and directed by Rahul Dholakia. Naseeruddin Shah and Sarika were the main protagonists of the drama.

The more recent controversies surrounding Padmaavat, Jodhaa Akbar, etc are proof of how any movies based on Indian history face opposition. Parzania faced similar oppression as it was based on the story of a boy, who gets lost during the Gujarat riots. However, it didn’t go well with the censor board and was banned.

The film was premiered at 36th India International Film Festival in Goa on 26 November 2005, before being released all over the nation on 26 January 2007. Also, this movie received two national awards in the best actress and best direction category. The film traces the journey of pithawala family while trying to locate their missing son.

Written and Directed by Partho Sen-Gupta, Hava Aney Dey is an interesting drama based on the lives of two teenagers from Mumbai with the impending Indo-pak war in the background.

It was premièred at the Berlinale (Berlin International Film Festival) in 2004 and won awards at other important international film festivals. The Indian Film Censor Board refused to give it a release certificate without a long list of sound and picture cuts which in turn reduced about 20 minutes of the film. The director refused to accept the censor decision, as it would destroy the film with the abrupt cuts and sound mutes. It was never released in India.

Lipstick under my burkha is an Indian black comedy written and directed by Alankrita Shrivastava. It was initially banned because it was women oriented and had bold women characters that expressed their right to freedom in different ways.

It is the journey of four women who even after facing all odds and oppression by society, still manage to find their ways to claim their desires through small acts of courage. This movie shows the true face of society without being too moralistic. Though it was critically acclaimed it was not welcomed well by the audience.

The film was premiered at the Tokyo and Mumbai Film Festivals, where it won the Spirit of Asia Prize and the Oxfam Award for Best Film on Gender Equality. This movie is a slap for the society in which we reside. This critically acclaimed comedy got various nominations at various film festivals and also won many accolades.

Movies are an integral part of one’s life and society. They show the mirror and truth which is unsaid and still a taboo among us. According to me, some of the Bollywood critics are pathetic and feet licker of top and famous directors and producers and that is the reason why many Movies which have the potential to do good is pulled down. People like to watch massy movies full of glamour and grandeur. But movies which show the true face of society gets banned. They get critically acclaimed at various film festivals but the society doesn’t encourage and support them. That is the reason why Student of the year gets a blockbuster opening and movies like Masaan, Parched, Ghoul are not supported by the audience. Many of us blessed people who didn’t know their existence also. It is high time when we need to support these art movies because they are going to change the face of Bollywood cinema, which is indeed the need of the hour.