Who is Marilyn Monroe? The journey from ‘Shy Girl’ to ‘Pop Culture Icon’ 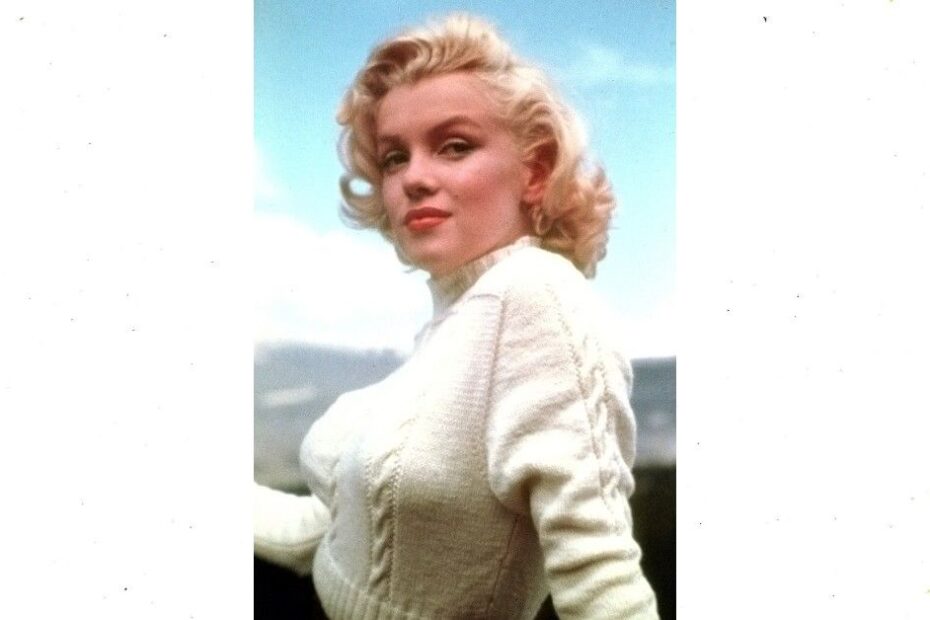 Marilyn Monroe is also known as Norma Jeane Mortenson. She was born on June 1, 1926, in Los Angeles America. She was a very successful American actress, singer, and model.

Talking about her childhood she spent most of it in foster homes and orphanages. At the age of 16, she was working in a factory as a part of world war II. At the age of 16 in 1942 Marilyn Monroe was married to James Dougherty but she soon got divorced because her husband was against modelling carrier and after divorce, she moved on her own. She quit working at the factory in January 1945 when she met a photographer from first motion pictures and began modelling. She signed her first her contract with Blue Book Agency in August 1945 and from there she never looked behind and gave a boost to her carrier.

She changed her name from Norma Jeane Mortenson to Marilyn Monroe in March 1956 in an effort to create a screen name for her movie carrier. There is no certainty that who was Monroe’s father. Her stage name Marilyn Monroe was actually decided on by a studio executive at 20th Century Fox, Ben Lyon.

Monroe was the fastest rising star of 1952. Monroe was talented, funny, glamorous and one of the unforgettable women in the history of acting.

Monroe had sung 50 songs and became a beloved artist of her time. Many continued to believe Monroe is the icon of popular culture. Some of her mega-hit music include

In a short life span of her 36 years, she established herself as the most iconic and remarkable actress of Hollywood. Monroe always dreamt of becoming an actress like Jean Harlow and Lana Turner.

In 1946 Monroe had a successful carrier as a model. In that year she signed her first movie contract. At first, Monroe wasn’t considered to be star acting material but later she proved herself worthy. She started showing in movies in 1947 and most of her early films were either uncredited or she was in minor roles.

Her first major role was in B feature Ladies of the Chorus in 1948.

Monroe’s small part in this crime drama film which was her first moment to gain a lot of attention.

Monroe’s impressed audience and critics with her performance as Claudia Caswell in ALL ABOUT EVE.

Extra – Monroe starred in three movies that were released in 1953 and these three movies prove to be the turning point of her carrier and made her the top-billed actress. These three movies were NIAGARA, GENTLEMEN PREFER BLONDES, HOW TO MARRY A MILLIONAIRE.

Niagara was the Monroe’s one of the most overtly sexual films of her carrier. In some of the movie scenes, Monroe’s body was covered only with a sheet or towel. The Niagra’s most famous scene in which Monroe is seen with hips swaying,

The movie was released in January 1953. Some said that Monroe is seductive even when she walks. While some called this movie as cringe content but the movie proved to be popular among audiences and in the same year she won the award for FASTEST RISING STAR and emerged as the new sex symbol of Hollywood.

This satirical musical comedy Gentlemen Prefer Blondes was released shortly after the Niagra. The film focuses on two gold-digging showgirls played by Monroe and Jane Russell. This movie was given the credit of one of the biggest box office successes of the year.

This movie created her image as a dumb blonde in Hollywood.

HOW TO MARRY A MILLIONAIRE

This movie was released in November and was her third consecutive movie of the year 1953. In this movie, Monroe starred as a native model who teams up with her friends to find millionaire husbands repeating the concept of gentlemen prefer blondes. This film was Monroe’s biggest box office success in her carrier.

Monroe’s all movies grossed over more than $200million. Monroe was in the top ten list of many money-making stars of 1953 and 1954. Monroe’s position of sex the symbol in Hollywood was confirmed by December 1953.

In September 1954 she was filming the comedy movie “THE SEVEN YEAR ITCH” opposite Tom Ewell. Although the film was shot in Hollywood but the studio decided to generate advance publicity by staging the filming of a scene in which Monroe is standing on a subway grate with the air blowing up the skirt of her white dress on Lexington Avenue in Manhattan. This shoot lasted for many hours and attracted nearly 2000 spectators.

The Subway Grate scene became one of Monroe’s most famous and THE SEVEN YEAR ITCH and became one of the biggest commercial successes of the year after its release in June 1955. On the next day, this publicity stunt was on each and every headline of the newspaper. This also resulted at the end of her marriage with Joe DiMaggio who was severely infuriated with Monroe’s action

Monroe became the biggest stars of 20th Century Fox but her contract had not changed since 1950. She was paid less as compared to other stars and also could not choose her projects. Fox decided to focus exclusively on entertainment to maximize profits. In January 1954 studio suspended Monroe when she refused to begin shooting another musical comedy film THE GIRL IN PINK TIGHTS.

After filming The Seven Year Itch in November 1954 she started her own production company
by her name i.e. Marilyn Monroe s Production. Monroe told the press that she was tired of the same old sex roles and was no longer under contract with Fox as the Fox had not fulfilled her demands and this lead to a legal battle between Monroe and 20th Century Fox.

By the end of the year, the conflict got sorted out and Monroe and Fox signed a new seven-year
contract as the studio was eager to have Monroe working for them again. Fox would pay her $400,000 to make four films and also granted her the right to choose her own projects, directors, and cinematographers.

Legendary Hollywood icon died on August 4, 1962, and the reason for her death was overdosages of her medicinal pill. The toxicology report showed that the cause of death was acute barbiturate poisoning. She had 8% chloralhydrate and 4.5% of pentobarbital
in her blood and 13% of pentobarbital in the liver.

She was found nude on her bed and medicine bottles next to her bed. Many argued that she overdosed accidentally but dosages found in her body were several times the maximum limit.
Monroe’s doctor told to press that she was prone to severe fears, frequent depressions unpredictable mood changes and she had overdosed several times in the past.

Due to these facts and lack of any conspiracy proof her death was classified as a suicide.

This legendary actress left this world early but ruled millions of hearts in her short life span and is still remembered in Hollywood as a most iconic actress and is still alive in many of her fans’ hearts.