Who is Frida Kahlo and why is she important in history? 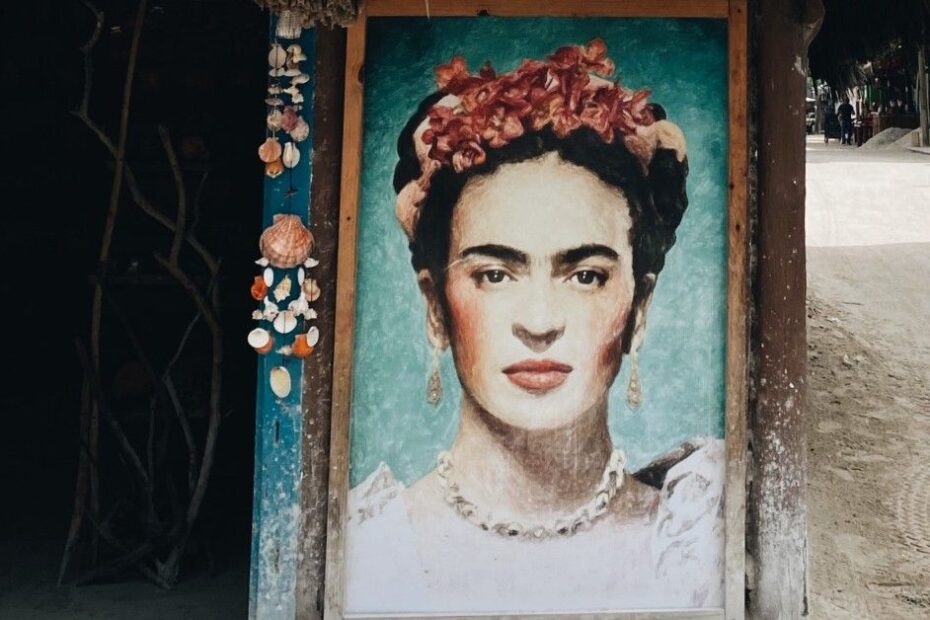 Frida Kahlo originally named Magdalena Carmen Frida Kahlo (6th July 1907- 13th July 1954) was born to a German father Guillermo Kahlo and Mestiza mother Matilde Calderon y Gonzalez, she spent her early life in Coyoacan which is now declared as Frida Kahlo museum. Frida was a self-taught Mexican painter famous for her portraits and self-portraits whose inspiration lied in the folk culture of Mexico. Her paintings had the charm of fantasy with the touch rudimentary realism. Miss Frida’s works were mainly self-portraits for which she explains that “I paint myself because I am so often alone because I am the subject I know best”.

Frida was born with the disability of polio but this did not come in her way of becoming a budding student of Medical sciences until she met with a bus accident on September 17, 1925, when she was traveling with Alejandro Gomez Arias, whom she loved in her school time, she suffered many injuries in her spine and pelvis which left her with lasting medical complications not allowing her to walk for three long months. It was during this period, Miss Frida realized that she was inclined towards art, even when she remained in bed for most of her day, she drew portraits with the help of a specially customized easel made by her mother and the oil paints lent to her by her father, her paintings during this time included mostly self-portraits and portraits of her sisters or school friends. The very idea of becoming an artist was due to this period and her interest in art and politics compelled her to join the Mexican Communist Party in 1927.

Frida Kahlo met Diego Rivera who was also a Mexican artist and later Married in 1929, spending a large part of their married life in visiting places in Mexico and America. While traveling in Mexico, she developed her artistic skills taking inspiration from the folk culture of the country. Frida usually painted self-portraits seeking inventiveness from the Pre-Columbian and Catholic beliefs.

Using the Pre-Columbian and Catholic beliefs intimidated the unreal French artist Andre Breton who managed to arrange Miss Frida’s first exhibition in 1938 at the Julien Levy Gallery in New York. The second exhibition held in Paris in 1939 was important because The Louvre purchased Frida’s The Frame incorporating it in their collections giving her the fame of being the first Mexican artist to be recognized and featured. Kahlo participated in many exhibitions in Mexico and the United States in the 1940s also working as an art teacher employed at the Escuela Nacional de Pintura, Escultura y Grabado. She also became the founding member of Seminario de Cultura Mexicana. It was during this time that Frida’s health began deteriorating, Photographer Lola Alvarez Bravo noticed the hard fact that Frida did not have much time and thus devised her first solo exhibition that was held at the GaleriaArteContemporaneo in Mexico in April 1953 before the eminent painter left the world in 1954 when she was 47 years old. In the same year, Tate’s Gallery organized a Mexican art exhibition in London where five of her paintings were put out.

Frida’s style evolved with time, earlier dressing up as a conservative girl with sailor-style dresses, her fashion sense changed when she became the young wife of Diego. She started wearing simple dresses with extra-ordinaries Maya jewelry. She also used a typical headdress of Tehuana women known as Resplandor. She included flowers and ribbons in her hairstyle.

Frida Kahlo’s effect that is popularly known as Fridamania was the position she enjoyed while her works consisted of paintings that depicted pain, misery, while there was a large disparity in her art and who she was. Her works remain unrevealed until the late 1970’s when the politics finally took a turn towards art history. Her art made her a very important symbol of feminism and individual liberalization, Miss Frida incorporated the Mexican culture in her paintings delineating then prevalent social values and artistic styles. Her work gained popularity in the early 1990s and it was during this period that she was celebrated as an international icon for the LGBTQ movement. She was also considered as the representative of the movement against the oppression of women’s rights.

While 80% of her paintings consisted of self-portraits, some of her other paintings held great importance in the history

1. At her Annual exhibition at the San Francisco Society of Women Arts, Frida showed a painting with Diego Rivera in which she has held his hands and he holds on to brushes and paints, significantly disclosing the formal Relationship between them she painted this two years after their marriage in 1931.

2. Henry Ford Hospital was a very personal portrait where she had painted herself lying in the hospital bed near to which various items like a fetus, a snail, a pelvis kept lying. This painting narrates the painful trauma Frida had to go through after her second miscarriage.

3. In 1939, Kahlo presented two very deep paintings one being ‘The Suicide of Dorothy Hale’ and the other being ‘The Two Fridas’. In the former, the artist portrayed Dorothy Hale who had committed suicide by jumping off a high-rise building. However, it was a gift for Hale’s grieving mother, it was horrifying at the end. The latter painting of the two different versions of Frida was a depiction of the unloved and uncherished side of her along with the adored side. On one side Frida is dressed in white with her heart ripped out and blood dropping out and the other shows Frida with bright colorful colors with her heart at its place.

4. Frida painted another self-portrait where she is partly nude and split showing her broken spine into three columns. She underwent numerous surgeries and had special corsets to help her keep her back intact.