What is Cauvery Calling Project and what is the need of it? 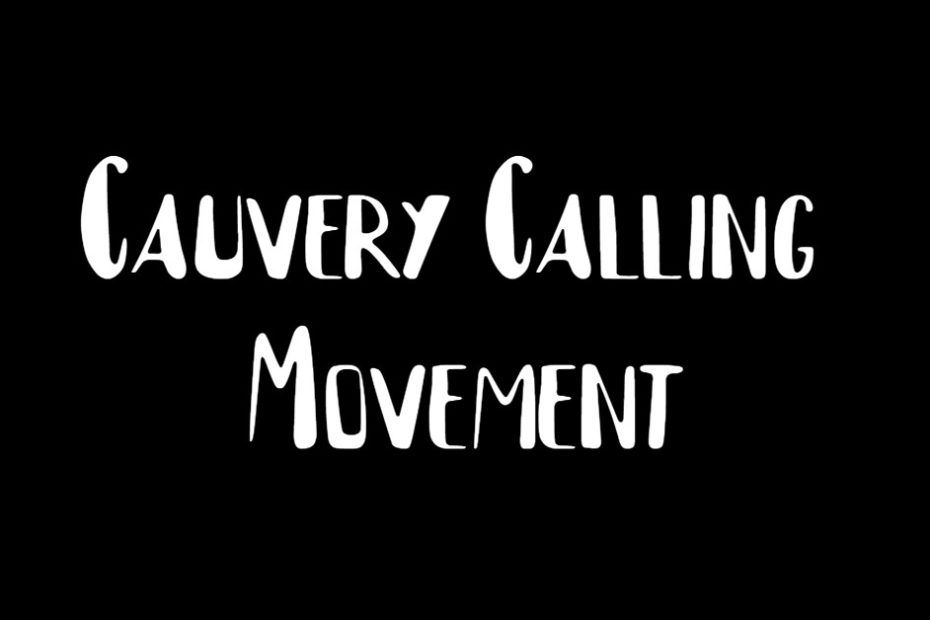 We are living in a time where concern about environmental degradation is of least importance. Around the world when subjects related to natural superiority should be on top of election manifestos, they are not even on the list. Who to blame for this? Political Parties?

Hell No! It’s us who are getting really dumb in prioritizing the real issues.

I can accept the majority is doing nothing for the well-being of the environment. But there are some people like Greta Thunberg who dedicated their whole life to create awareness and became voice of the nature.

People having the same passion as Greta trying to revive river Cauvery (also known as Kaveri) and their this positive and much-needed approach is Cauvery Calling project.

What is Cauvery Calling Project?

It is an initiative taken by the Isha Foundation and lead by one of the most intellectual person on the planet, Sadhguru.

Aim of the project is to plant 2.42 billion trees covering one third land area of the Cauvery basin.

According to the brains in the project, the estimated cost for planting one tree is Rs.42. The campaign started on 3rd September 2019 by a bike rally from Talacauvery to Thiruvarur and Sadhguru himself participated in it.

Organizing such rallies to create awareness about the worldwide degrading condition of rivers is a part of Rally for Rivers movement, started by Sadhguru in September 2017.

Why we need Cauvery Calling Project?

A problem never affects an individual alone. It can affect uncountable lives connected to him/her directly or indirectly. Sometimes a solution or an attempt to solve problem lead to the starting of something greater.

In the perspective of River Cauvery

River Cauvery (or Kaveri) is of a total 800 km in length flows through Karnataka, Tamil Nadu, and then falls into the Bay of Bengal.

The past of Cauvery was amazing. It was full of freshwater in which amazing aquatic life existed. Spectators in the form of trees were always there on both sides of Cauvery to escort it to the sea. Many non-aquatic lives were dependent on it for their survival including humans.

But now things have changed and trees are no more. Cauvery lost its 87% of the original tree cover over the basin. Sorry! “lost” is not an appropriate word here, how about “robbed”.

Now the situation is at its worst and in summer Cauvery is unable to reach its destination to meet the Bay of Bengal.

Just like other rivers in India Cauvery is also forest-fed. Over the time of the last 70 years, it has depleted over 40%. The reason is simple, deforestation over the Cauvery basin which resulted in degradation of water retention capacity of the soil. Due to this now the soil is unable to sustain Cauvery.

In the perspective of Farmers

To understand this part, we first need to have a look at some statistics

The fate of farmers in Tamil Nadu and Karnataka is directly connected to the good fortune of river Cauvery. Deforestation over Cauvery basin resulted in the depletion of groundwater which led to a drought-like situation which eventually resulted in debt for farmers. And this cycle is repeating itself from the last several decades.

In the perspective of awareness

In the known world, there is always a starting and this starting always brings change with it. The amount of this change depends on the working force which means how much you are putting in to move forward.

Who knows, last year Sadhguru took an initiative, someday someone else will get inspired and do the same?

According to Isha Foundation, the most suitable way to revive Cauvery is through planting trees over the Cauvery basin. And they want to do it by agroforestry.

According to Wikipedia “Agroforestry is a land-use management system in which trees or shrubs are grown around or among crops or pastureland”.

According to the brains in the project, covering one-third of the Cauvery basin will improve soil health and will replenish the groundwater up to 40%.

Planting of trees is being done by creating awareness in farmers and giving them options like agroforestry in which they have to plant trees in place of conventional crops. Isha Foundation has shifted 70,000 farmers to agroforestry, and they claim that an increment of 300% to 800% in the income of these farmers is observed.

In short, Isha Foundation is empowering farmers by donations to go for agroforestry. Farmers are planting trees that are providing them a stable and secure income. These trees will improve soil health by providing organic waste and will increase percolation capacity. An increase in this water-absorbing ability of soil will replenish the groundwater level and river Cauvery (as rainwater can also percolate horizontally). This whole process will save Cauvery as claimed by Isha Foundation.

Any big thing in India always face resistance and Cauvery Calling is not free of it. An environment group named Environment Support Group (ESG) believes that this scheme of Sadhguru will cause more damage in the name of repairing it. According to them “This project could create unintended and unforeseen social and ecological consequences, as planting trees in certain regions (grasslands and floodplains for instance) could result in drying up of streams and rivulets, and destruction of wildlife habitat.”

Opinion – I don’t think so the argument made by ESG is to the point. They said this project could hurt the ecological balance. And I agree with them as actions of humans to change nature are capable of hurting the balance. But here Sadhguru and mates are trying to fix the result of the actions of humans. As vanishing of tree cover over Cauvery basin is not any natural process but it is human action.

ESG also wrote a letter to Hollywood Actor Leonardo DiCaprio, asking him to withdraw his support to Cauvery Calling Project which he expressed through his Facebook post.

Petition also filed against Cauvery Calling in Karnataka High Court, and on Jan 7, 2020 court ordered Isha Foundation to disclose the amount of money collected as donations.

Despite all the controversies and legalities, it is a nice start. We all should support it. Read this article to know more about lies and the truth about it.