What are Aurora Borealis and Aurora Australis and do they match? 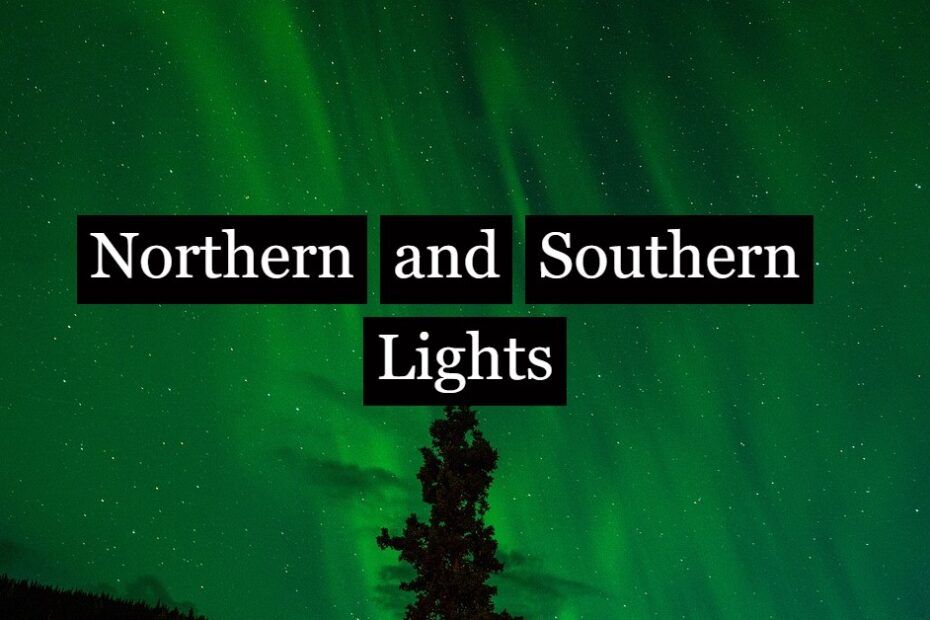 What is an Aurora and the science behind its formation?

As the magnetosphere blocks most of the solar wind, some of the ions get trapped in ring-shaped holding areas around the planet. These areas where ions revolve around the planet in an atmosphere called the ionosphere are centered around the Earth’s geomagnetic poles. In the ionosphere, the ions of the solar wind collide with atoms of nitrogen and oxygen from the Earth’s atmosphere. The energy released during the collisions causes a colorful glowing halo around the poles—an aurora.

Note – The most active auroras are formed when the solar wind is the strongest. The solar wind usually remains constant, but solar weather i.e. the cooling and heating of different parts of the sun change daily.

The increased activity and regular fluctuations in the solar wind are known as magnetic storms. Magnetic storms can lead to auroras being seen in the midlatitudes regions during the time around the autumn and spring equinoxes. Magnetic storms and active auroras interfere with the communication process. They can disrupt radio and radar signals. Communication Satellites are also disabled by the intense magnetic storm.

The colors of the aurora changes, depending upon the altitude and the kind of atoms involved in it during the collision. If ions strike against oxygen atoms high in the atmosphere, the interaction produces a red glow light. This is an unusual aurora, the most familiar display, a green-yellow color light, occurs as ions strike against oxygen at lower altitudes. Reddish and bluish light which often appears in the lower fringes of auroras is produced by ions striking against atoms of nitrogen. Ions striking against hydrogen and helium atoms produce blue and purple auroras, although our eyes rarely detect this part of the electromagnetic spectrum.

What is an Aurora Borealis or Northern Lights?

The Northern Lights are formed as a result of collisions between charged particles released from the sun and gaseous particles in the Earth’s atmosphere. Colour variations are found due to the type and nature of gas particles that are colliding. The most common auroral color is a pale yellowish-greenish light that is produced above 60 miles from the Earth due to oxygen atoms while all-red auroras are formed at a height of up to 200 miles due to high – altitude oxygen atoms. Nitrogen produces blue and purplish-red aurora.

The places where Northern lights are seen

What is an Aurora Australis or Southern Lights?

Aurora Australis or Southern Light is a natural light that occurs in Earth’s atmosphere above the Southern Ocean and Antarctica. It is a fluorescent green ring of light above the Earth which becomes visible during the interaction between the solar wind and Earth’s magnetic field.

Southern Lights are produced when electrons traveling from the Sun collide against the gas molecules in the upper parts of Earth’s atmosphere. As the electrons reach the Earth, they descend towards the ground following the attraction of the magnetic field of the Earth. As they pass through the atmosphere, they collide against nitrogen and oxygen molecules, dislodging electrons in the molecules and exciting them to higher energy levels. When those dislodged electrons fall back to the ground state of orbitals, they emit a small amount of energy in the form of light. This release of light is called fluorescence and is very similar to the light released by fluorescent minerals.

The places where Southern Lights are seen

Do Aurora Borealis and Aurora Australis match with each other?

The northern lights and the southern lights, i.e. aurora borealis and aurora australis, respectively, display the light in the sky in hazy green and red color near Earth’s polar regions. The two phenomena are not identical.

The Magnetic field of the Earth where charged particles flow links the north and south poles, it made sense to assume that the atmospheric displays in each hemisphere would mirror each other. Advancement in Earth imaging technology repealed the way of thinking in approx. 2009 when scientists observed simultaneous auroras drifting across the poles in patterns that didn’t match up. But the reason is still unknown.

Let us know if you have any suggestions or you have any questions regarding the topic. Share this blog with your family and friends if you like it.