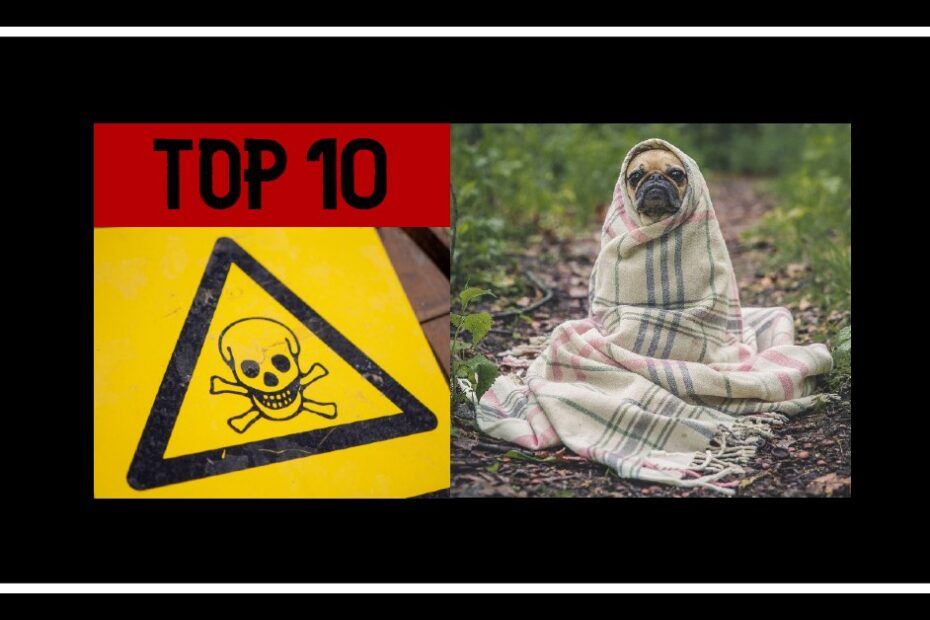 If you are living in a society where every family around you has a pet, and you are also longing for having one then you are at the right place. Here we will discuss the top 10 dangerous dogs in the world so that if you are planning for having one, you don’t run into the wrong choice. So let’s begin 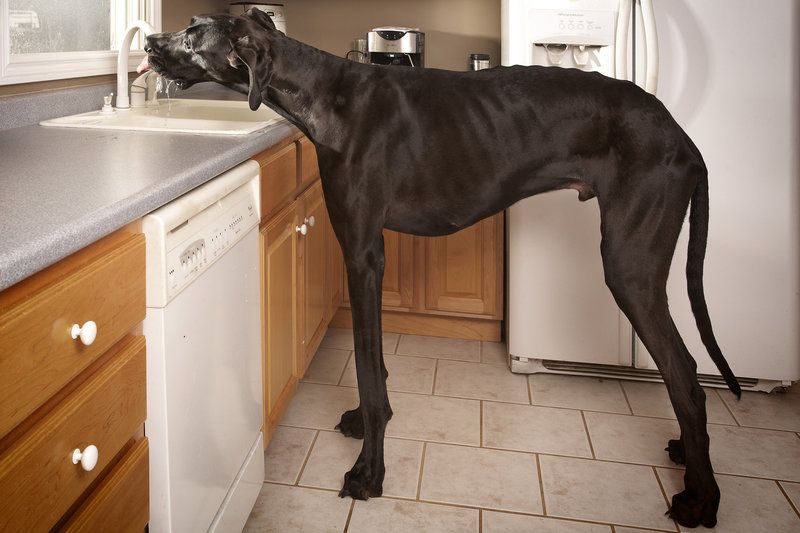 Deciding number 10 was difficult as many other competitors like Boxer, Siberian Husky, and Fila Brasileiro were also in the race, but due to its agility and speed Great Dane won the race.

Great Dane is formerly known as “Englische Dogge” and “Deutsche Dogge” is of German origin known for its giant size. The record holder for the tallest dog ever was Zeus (111.8 cm from paw to shoulder) of the same breed who died at the age of five in September 2014.

Aggression is not a common thing for Great Danes nowadays, they are very family-friendly, yet not suitable for living in apartments. They need long stretches of grass cover and sand so that they can warm-up their legs, You can watch the whole day while this dog is running, very similar to cheetah’s running style.

It’s family-friendly doesn’t mean it is also stranger friendly. Mistreatment and a sense of threat to its family always trigger its aggression, and if you are the cause and you are on foot, it is better for you to start praying to God at the same time.

OPINION – Great Dane’s aggressive nature is trigger by some particular things as I know a Great Dane named Jimmy who will attack you instantly if you will point to her with your finger.

The dog is highly agile and highly strong which can be easily seen in its amazing body structure. Having high agility is not a barrier to becoming an apartment-friendly dog in this case as it is of medium size.

The breed is quite new only 150 years old, first bred in 1880 to make a perfect guard dog having high aggressive traits. By the time breeders decided to lower its aggression as it was quite difficult to manage.

Doberman Pinschers present in the present time have traits of least aggression as compare to past, but still enough to kill a Human if not properly managed.

OPINION – Doberman’s aggression is difficult to manage, but with good training, you can turn your companion into neighborhood friendly. I also had one and she was quite friendly and protective.

Ya, I am not kidding this dog can take on both, bear and wolves. The dog is of Russian origin possesses high Independent nature and high intelligence.

The dog is most suitable for mountains and big farms, due to the big size it is not made for apartments. Due to the thick coating of hairs, Caucasian Shepherd can easily adapt to cold environments.

The dog is not that agile, it can be seen lazy at various moments. In the case of aggression if you are an owner of this dog you need not worry, as its quite family-friendly. But this dog can’t accept strangers on its territory either they are humans or other animals.

OPINION – How much it is dangerous? The answer is simple if a dog can take on bear and wolves, it can take on humans too if mistreated.

Perro De Presa Canario or also known as Canary Mastiff, Dogo Canario was first bred at the Canary Islands which are part of Spain.

The appearance of the dog looks a bit odd and resembles a zombie-like structure. But if we leave this thing aside, the dog is quite family-friendly but not apartment friendly.

Due to its massive size and strength, it was used in illegal dog fights which result in fatality. Dog somewhat shows independent nature and can’t see strangers on its territory. A couple of tragedies were also recorded because of the attack by Canary Mastiff on strangers.

Canary Mastiff needs early socialization otherwise aggression will be a huge problem. The dog is quite dangerous as it is banned in Australia and New Zealand.

OPINION – Canary Mastiff is not any normal dog to handle, it requires a lot of skills and knowledge to maintain its behavior, So if somebody is a newbie in the dog-loving, I will not suggest him/her to go for this one.

Alaskan Malamute shares DNA with Siberian Husky as both dogs are quite similar. But if you are planning for having it, please keep in mind this dog can only survive in cold regions with a lot of outdoor time.

Alaskan Malamute has quite a muscular body and strength, which made them perfect for sledge dogs. But they are not as fast as Siberian Husky, they are slow but have high stamina.

The dog is quite stranger and family-friendly, but due to wolves instincts, it needs to be live in the pack of at least two. And also they howl.

How much dangerous they are, can be seen as they were used to hunt bears and seals in history.

OPINION – This dog has a great coat of hairs which need proper care, also they have some behavioural issues which makes them unpredictable, so if you are a novice I will suggest you stay away from them.

German shepherd, as the name suggests the dog is of German origin bred for livestock protection. But now these days it is one of the most commonly found pet dog.

Due to high agility, strength, intelligence and speed, it is one of the most used guard dog, police dog, and army dog. The dog is highly family-friendly and protective. The dog is suitable for living in apartments but needs a lot of outdoor activity also.

Strangers are not the things German Shepherd is fond of. These dogs will surely attack if you confront them as a stranger. These dogs are quite aggressive by nature and can adapt to any kind of environment.

While an Australian report from 1999 provides statistics showing that German Shepherds are the breed third most likely to attack a person in some Australian locales.

OPINION – This dog is my favorite. They are very active and curious all the time, you will not get bored if you have a German Shepherd around you. I had lived with these companions for whole 8 years, so I can 100% assure you how good they are in their job. No special skills are required to handle them, but treatment should be excellent. Newbies can go for them.

Bullmastiff is a large-sized domestic dog developed in the 19th century by the crossing of English Mastiff and Old English Bulldog.

The dog is an extremely family, stranger and other dogs friendly, and to some extent, it is apartment-friendly also but need a lot of outdoor activity.

Bullmastiffs are strong, powerful, but sensitive dogs. For a Bullmastiff to become a well-behaved family member, consistency is needed. Training and socialization are of high importance, as the breed can be independent.

This dog is of quite confident nature and can be aggressive at times if early socialization is not done well. 8 human tragedies are recorded so far in the US only.

OPINION – If you are a newbie in the dog-loving, avoid this breed as there are good chances that you will ruin the dog and further dog will ruin you.

Wolf Hybrid or also known as Wolfdog is a dog bred by the mating of a grey wolf and domestic dog in England in the mid 18th century.

Due to the traits of wolves, Wolfdogs likes to live in a pack and to maintain and control this pack of dangerous animals the owner should have to be alpha. Wolfdogs are neither apartments nor strangers friendly, they need a cold environment to survive and the long stretch of land for exercise.

Wolfdogs are a mixture of genetic traits, which results in less predictable behaviour patterns compared to either the wolf or dog.

Due to their such nature in Canada, the provinces of Alberta, Manitoba, Newfoundland, and Prince Edward Island prohibit wolfdogs as pets. Most European nations have either outlawed the animal entirely or put restrictions on ownership.

OPINION – In my personal opinion I will make this dog number one, due to such an unpredictable character. But till now there are not so many cases of their attacks.

Rottweiler, one of the most popular dogs and responsible for the highest number of attacks on humans in the US.

Rottweilers have great stamina and agility, and enormous bite force. They are very loyal to their owners and can’t tolerate strangers in their territories.

They need proper outdoor time otherwise their legs will not get proper shapes. Early socialization is required otherwise Rottweilers are very prone to aggression. The dog is apartment-friendly but can’t tolerate hot weather.

In hot weather, if they don’t get the proper cooling environment, it triggers their aggressive nature. The dog in past is used to protect livestock from wolves and bears, and seriously it can take on both.

OPINION – I have a 3-year-old Rottweiler named Rozer, In his first summers he loosed his mind and I was the first victim. Aggressiveness of these dogs is mainly dependent on their diets, means nonveg diet, most aggressive and vice versa.

The dog due to its aggressive nature and strength is widely used in illegal dog fights which in majority results in fatality.

The dog is highly agile and has great strength, they are very loyal to their owners and can attack on strangers at very instant. They can sacrifice their lives to protect their owners, as a case came into the light where a pit bull killed a wolf who entered its backyard.

How much dog is dangerous? to know read further.

To know about different types of Pitbulls, click here.

OPINION – I know a Pitbull named Rex, who recently ripped off an ear of bull, and killed 3-4 dogs of its area, so if you are a newbie, please stay away from this dog.

So this is the end of our list of Top 10 dangerous dogs in the world, I hope you got some basic information and decided which one is not suitable for your society.

OPINION – Everybody is fantasized about having the most dangerous dog a pet, but according to me dangerous is a wrong parameter to judge. Parameters should be how much your surroundings are suitable for your future companion.