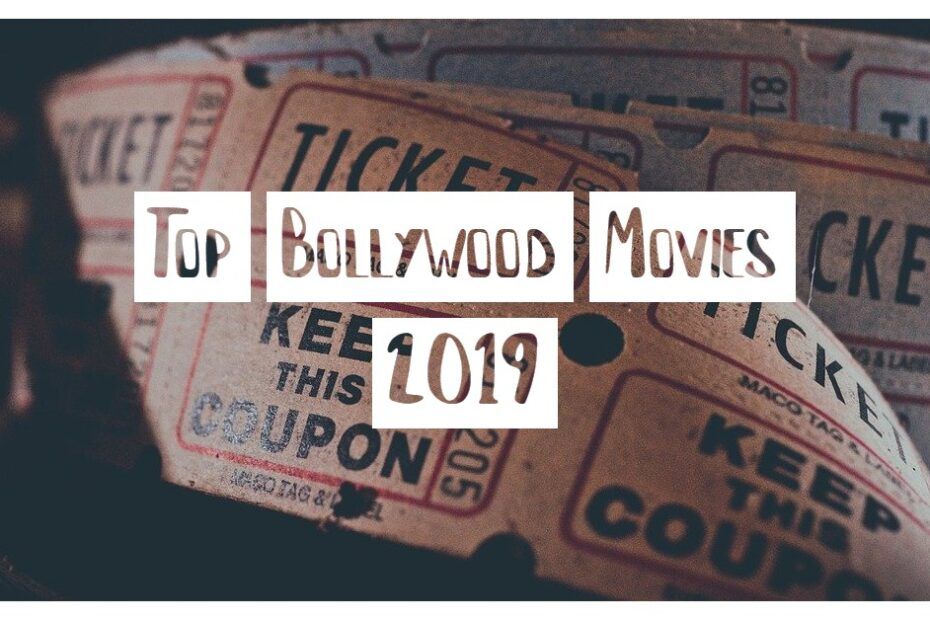 Indian cinema has a lot to offer when it comes to imagination. It provides you a platform to dive into all sorts of genres. From biopics to mind-blowing mysteries, Bollywood got it all covered. Whilst romcom relaxes and revives the liveliness, there are some depictions that captivates your mind wholly and stays for quite a long time. Well, some would simply manifest real life.

Apparently, 2019 proved to be a great success for Bollywood with the maximum number of highest-grossing movies. The year showered us with some remarkable plots and performances that are worth admiring.

From an optimistic plot to tragic twists combined with humor and great performances, Shonali Bose served a whole buffet in the form of The Sky Is Pink.

This great masterpiece based on a true story revolves around the lives of Aditi (Priyanka Chopra Jonas) and her husband Niren (Farhan Akhtar) and the struggles they face while fighting for their daughter Aisha (Zaira Wasim) who suffers from pulmonary fibrosis.

The movie earned lots of love and appreciation from the audience and critics.

If you’re a law and justice admirer, then get your eyes on “Article 15”.

Anubhav Sinha with his utmost dedication encounters the crowd with the ongoing mishappenings of the inequalities and discrimination faced by people in some villages.

Starring Ayushmann Khurana in the lead role, Article 15 is a movie not to be missed out. Portraying the role of an IAS  officer.

Ayushmann proves to a flexible actor, adopting all kinds of characters.

By scoring the highest number of awards at 65th Filmfare Awards, Gully Boy comes out to be Zoya Akhtar’s best till the date.

The movie emerges out when Murad (Ranveer Singh), a slum dweller develops a fascination for rap music and decides to write a rap when he witnesses the differences at work. Shrikant (MC Sher), a local rapper, gets his back and makes him watch his dream come true.

The film is inspired by the lives of Indian street rappers Divine and Naezy and has received a lot of appreciation.

Anurag Singh‘s this one would definitely make you shed your tears.

Starring Akshay Kumar in the lead role, Kesari is about the battle of Saragarhi, which indeed, was the bravest battle ever fought. Akshay’s remarkable performance made viewers go dumbstruck.

The movie has received positive feedback from the critics as well and is loved by all.

Apart from the exemplary performances, the song “Teri Mitti”, reflecting the love for the nation, has our hearts. Listen to the song below

Pitching in the top-notch comedy, next in the queue we have Dream Girl starring Ayushmann Khurana and Nushrat Bharucha.

The story follows Karamveer Singh (Ayushmann) taking up the job at a call center by fulfilling the condition of impersonating a female voice. The job takes him on a ride where his impersonated character “Puja” becomes famous because of her mesmerized voice and soon becomes a problem for Karam.

Ayushmann’s choice of scripts is something to appreciate and the actor never fails to impress.

The Mars Mission, no wonder, is an unforgettable achievement for every Indian out there but little do we know about the strategies and relentless efforts made by our scientists for its success.

Jagan Shakti’s Mission Mangal is a glimpse of all the hard work put in by our dedicated scientists at ISRO, dealing with their own struggles alongside.

The story truly inspires each one of us to not give up on our dreams no matter how much hindrance you might face.

Missing out on mysteries? Well,  Aditya Chopra (producer) and Siddharth Anand (director) brings us the most thrilling and mysterious movie of the year, starring Hritik Roshan and Tiger Shroff in lead roles.

The story presents the quintessential army officer (Hritik), all set for his mission, to knock down his mentor. However, when a junior (Tiger) joins him on the mission, things turn out to be peculiar.

The two hunks of the Bollywood share an outstanding bonding on the screen. The movie is intelligently scripted and it demands some wit for better understanding.

Here, Sushant (Aniruddh) portrays the character of a father who recites his college memories, along with his friends, to bring back his son to life.

On being tagged as “LOSERS” to being all successful and happy, Aniruddh explains how life can be so unpredictable and yet so worth living.

The film is an attempt to evolve parents into making a more friendly relation with their children and not imposing their dreams on them.

The movie starring Shahid Kapoor and Kiara Advani in lead roles is among the highest-grossing Indian films.

Kabir Singh (Shahid Kapoor) is a surgeon, who insanely falls in love with his junior Preeti (Kiara Advani). Although, when he comes to know about Preeti getting forcefully married to another man, he gets himself in a self-destruction loop.

The movie also highlights the love for the profession which makes it even more likable. And the songs have left people with awe.

(No.1) Uri: The Surgical Strike

If there’s anything that brings people together, then it has to be patriotism. Aditya Dhar’s Uri has a great impact on people.

The movie portrays the surgical strike carried out by the Indian army in response to the Uri attack which took place in September 2016.

The critics stated it to be Vicky Kaushal’s best till now, where he’s representing the role of a dedicated soldier.

While people are having the greatest admiration for the Indian army, The movie gave us a new motivational mantra which goes like “How’s the josh? High sir!”.

So this was our list of Top 10 Bollywood movies 2019. It is very common for you to find the order incorrect according to your opinions, please tell us your order in the comment section.

Also, check out our post – top 10 dangerous dog breeds in the world

Thank you, and Keep Sharing