The Legacy Of Mahatma Gandhi – A 21st Century Perspective 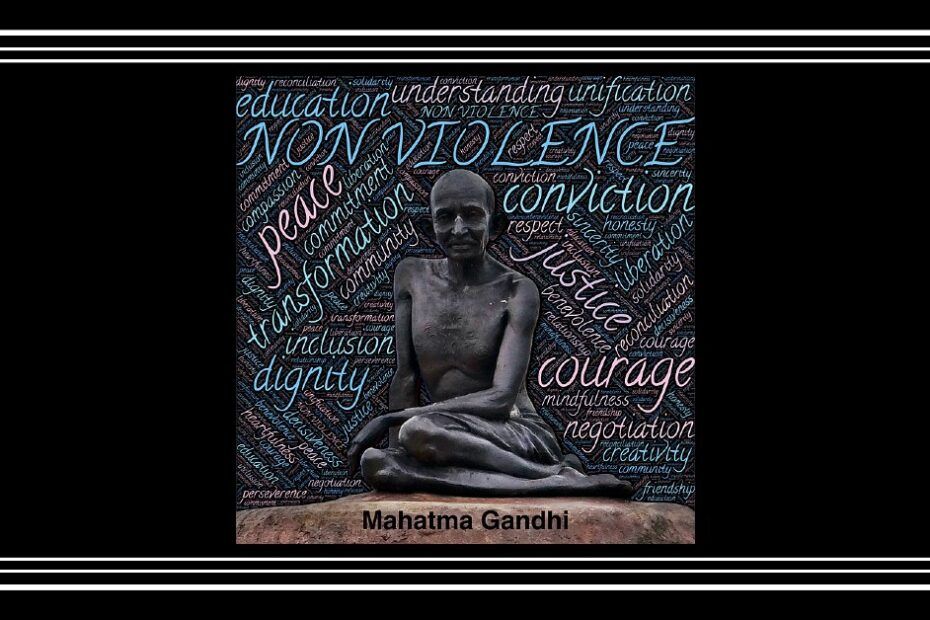 Only a few men leave an everlasting imprint on the face of history, and even fewer for their positive contributions towards their society, one of them being the man who changed or revolutionized the character of India’s freedom struggle by virtue of his conducts and peaceful ideology, the man who we call the father of our nation, one of the greatest Indians ever and a remarkable figure of not just Indian but world history was Mohandas Karamchand Gandhi.

It was just like that he was born to carry the message of non-violence, peace, and truth, just like Buddha and Jesus before him, and Gandhi’s share came when the greatest forces of aggression reigned supremely on the face of the earth, for example, The World Wars, British Imperialism, Racial Discrimination, etc.

On October 2, 1869, Karamchand Gandhi and Putlibai had a son in their ancestral home in Porbandar, Western Gujarat. They named their son Mohandas; little did they knew that their seemingly weak son would go on to become one of the strongest figures ever. Karamchand worked on a high post in the imperial court of a local ruler, Putlibai was determined and of a strong character.

Mohandas had a sleek, slender physique and he didn’t look very strong. he was not very tall too. He was a fragile and shy boy in the school. Under the influence of his friend, Sheikh Mehtab, he tried a lot of things that many people don’t know of. He started eating non-vegetarian food just to improve his physicality, got involved in consuming weed, alcohol, etc. He even attempted to take his life once. None of this continued for too long though as his mother helped him out.

At the age of 13, Mohandas was married to Kasturba, who herself was 14. He continued his highly shy schooling years in the local institution itself. Mohandas was a great nurse, he cared a lot for his parents, he took care of his father day and night in his last years. The passing away of his father made Mohan a lot more serious towards life. He was highly influenced by the stories of historical figures like King Harishchandra and Shravan Kumar.

For his higher studies, Mohandas was advised to pursue a law degree from London by a relative, though her mother opposed the offer at first instance but then benefits of having a prestigious degree from London lured her. Mohandas with her mother’s blessings and some promises to keep came to London. He stayed in London for 3 years from 1888 to 1891. His time in London made him a lawyer but it didn’t help him much to overcome his stage fear. He learned many skills, manners, etiquettes there alongside law. He was also an active member of many societies and clubs.

When he came back as a lawyer, he heard the news of his mother’s death, which shook him from inside. His short stint in India didn’t prove to be much productive for him. But a South African based firm made him an offer which he couldn’t refuse, and the journey of becoming the ‘Mahatma’ began. Mohandas spent about 20 years of his life in South Africa, he was there from 1893 to 1914.

He initially went there to work for a law firm but inhumane behavior towards colored people compelled him to revolt against the Britishers over there. He used here, the peaceful means of non-cooperation and satyagraha for the first time. It was here only, where the infamous incident happened with him when he was thrown out from the first-class compartment by some racially supreme whites, all because of the color of his skin. The incident devastated him and he was changed completely. He was able to make local people aware of their situations and their original worth. His years in South Africa were a complete success.

Gandhi was now needed by his own people to alleviate them from the atrocities of the British Raj and the historical day of 9 January 1915 came when Gandhi finally returned to India and changed the course for the Independence Struggle. Gandhi just to know his people traveled across India in the third compartment of the trains as the better versions were reserved only for the whites. This was the greatness of Gandhi.

The years of 1917-18, saw the first satyagraha of Champaran and Kheda which were launched to improve the conditions of the Indian farmers. There was something in his personality which brought a sense of oneness in the people ranging from different sections, religions, areas, etc. His conduct made people believe that they have someone with them and they can’t be tortured in their motherland.

It didn’t take too long for Gandhi to become the fatherly figure for the whole nation, the one who was leading the struggle against the Britishers with the most peaceful means. Rabindranath Tagore called him the ‘Mahatma’, which means a great soul.

He was the epitome of love, peace, truth, and non-violence, welcomed everyone with open arms at his ashram in Sabarmati. He also strongly condemned the ill measures prevalent in the Indian society of those times. He launched many national level movements like, Salt Satyagraha (Dandi March), Non-Cooperation movement, Civil Disobedience Movement, etc. for which he was jailed more than 10 times by the British. His continuous efforts alongside various other freedom fighters weakened the British Raj from the roots. It took years but the day of 15th August 1947 finally came when the Britishers left India.

A criticism always hurls whenever Gandhi is talked about, that he didn’t do much to stop the partition of India, that he surrendered in front of Muhammad Ali Jinnah for his demand for a separate country for Muslims, Pakistan. He strongly urged that Muslims would live peacefully under a Secular India. He might have accepted the demand for Pakistan but his only rationale was to stop the bloodshed between Hindus and Muslims. What it did was it turned extreme Hindu forces like RSS against him. He was heavily criticized and protested against, turned a major portion of Hindus against him. Though scholars, researchers believe that he did everything he could to stop the partition but it wasn’t able to convince his protestors and he sadly had to pay the ultimate price. On 30th January 1948, Mahatma Gandhi was shot point-blank by a Hindu Nationalist and just after a year of Independence, Mahatma left us.

A question always arises to his readers that, what’s his relevance in today’s world of the 21st century? Knower of Gandhi believes he is still as relevant as he was a century ago. His ideas and philosophies of non-violence, truth, secularism, Gram Swaraj model could benefit today’s world in what we are lacking today.

His call for non-violence or peace never meant the passiveness of the citizens but more involvement by them in the national struggle using peaceful means. He advocated in making the villages a unit which are self-sufficient, this was his Gram Swaraj model which focused on empowering the farmers, agriculture, laborers, etc.

He had some kind of Utopian idea that eventually there could be an India without police and the army which is somehow irrelevant in today’s world. He was hoping to create a nation that would eventually influence the state towards non-violence. Countries like Sweden, Norway, Denmark, etc. are highly influenced by Gandhiji’s Socialism which enables them to top all lists which ranks human development and ease of living, this is the perfect example showing Gandhi and his philosophy is still relevant today.

Today’s world can even learn from his ideas on religion which are perfectly secular. The achievements of Mahatma were not only that he was the ‘force majeure’ in India’s Independence Movement, but it was also the teachings he taught the whole world which even inspired the influential personalities of various other countries, be it Martin Luther or Aung San Suu Kyi making him undoubtedly the most important figure in the 20th-century world. It was his principles on which he lived his whole life and preached which let the people still think about him, study about him even after decades of his death.

So, this is our blog on Mahatma Gandhi and how his ideology is still relevant to the 21st century. Comment down your opinions and share it with your family and friends.

Do not forget to share because Sharing is Caring

He is an 18-year-old student who has vested interest in history, politics, economics. He is also an avid reader who has recently just begun writing.