Is Nepotism a suicide bomb? 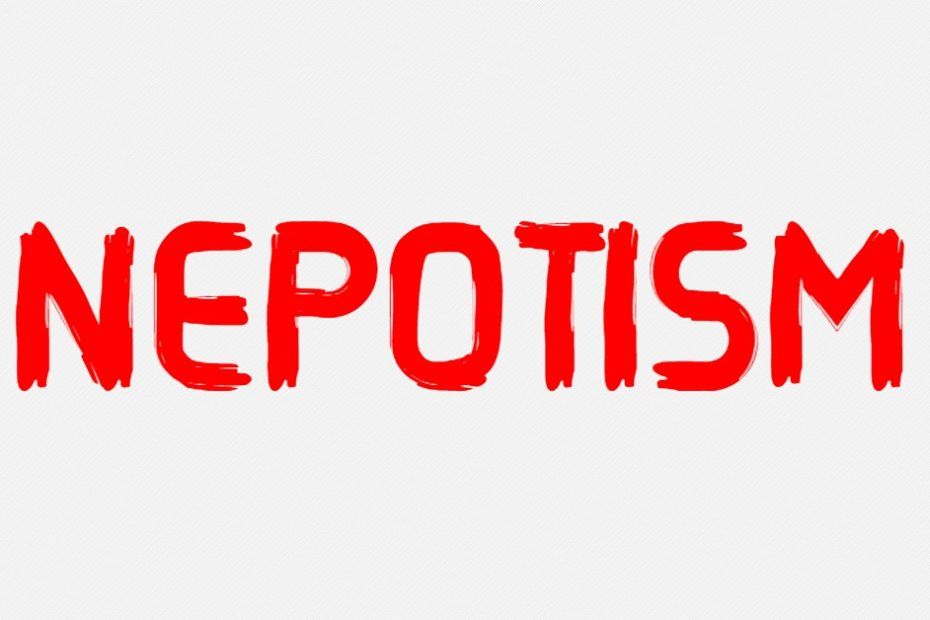 Nepotism nowadays is the talk of the town. Everyone like everyone around, from a person who loved Bollywood to the person who hated it is talking. Because it was only the place where broader reality come out in front of people.

Nepotism is here way before we started talking about it. It is like a tattoo on our body which we hate but we cannot get rid of it. Nepotism is everywhere or in every field we know. And the people who are getting affected by it are also there since we cannot imagine. But according to me, nepotism is misunderstood by many.

If a parent wants his son or daughter to be successful in the same field in which they are, then it is not wrong in any way. But the problem arises when parents take the wrong ways like using their connections into the field, taking other’s well-deserving opportunity, and give it to their not deserving child. This is what nepotism is. It is a horrifying act. Just get into the nepotism debates is not the solution. This is just the way of opening the eyes of people who are still under the shell.

Thinking of your child or your family members to be superior to others in the business and making all efforts and conspiracy to make him/her succeed is what nepotism nowadays. There is no talent ratio being seen. Taking opportunity from a deserving person and give it to your child or any family member who is not deserving enough is absolutely wrong. We all want our families or children to have growth and success in life but it should be given in the right way, without taking a piece of opportunity from another deserving person. Talent in a person is a God gift. You can’t inculcate it in anyone necessarily.

Favoritism can be seen in a broader aspect of our life. It can be generally seen among a group, where a person is more likely to prioritize among all other members. You can see it around you very easily like, you are a group of five siblings in a family and the more attention and time is given to your youngest sibling from your family or parents in the form of gifts or presents and most likely affection.

But you know what, Nepotism and Favoritism are right there since the beginning, it was just us not seeing it or observing it. I found it totally illegal.

Cronyism is an act when you hire a friend in a workplace by neglecting other deserving persons. Such discrimination is surely rotting the working environment. The main cause of this would be bribery or corruption, now this is not a new word in India.

The basic of all these debates is you are not allowed to take anybodies opportunity just because of your own personal or social causes.

Cronyism is mainly seen at the place, which we all love to praise and talk about it in India, and it is “Politics” and between politicians. This includes appointing “cronies” to positions of authorities, regardless of their qualifications.

Nepotism in the workplace is very often seen either in cooperative or government sectors. Discrimination and degrading others to the deepest level lead to depression and hypertension.

A common man without connections just with his/her talent has to go through a lot.  Are we really humans? Having the same body, same brain, same heart, and even then we cannot see somebody’s pain and we feel delighted to make someone down.

One of the examples of nepotism in the workplace is the CEO of a company giving his under-qualified nephew a high paying job. We can really talk about it, but the people going through this are going from real pain. It’s difficult and painful seeing somebody getting your opportunity and even not talented enough. But until something strict is not done, nothing is going to change.

While we talk about nepotism in India, let me clear you that it is everywhere in the world. There is so much buzz created about it when people actually watched it from their naked eye. And this whole came out from our loved industry Bollywood.

Every legendary actor or actress has gone through this if they were an outsider. Youngsters who are often more talented than most “star kids”, hardly get a fair chance, mainly and mostly because they lack the tag of being some famous celebrity’s relatives or children. Bollywood also has a place where they praise their talent or I can say their “nepo kids”. Every award show you see is crap and one of the famous awards show is IIFA. You can see it right there because nepotism rocks IIFA. Talent is what should be needed, but it’s not enough in the real world.

Indian politics has seen most of nepotism in its history and in present too, if it doesn’t stop right now it will surely be seen by us in the future. Two major political parties of India Congress and BJP right now progressing on the principle of Nepotism. Right from Motilal Nehru to Rahul Gandhi Congress is a perfect example of discrimination and dynastic authorities. BJP is no different but it is their political excellence due to which they easily target Congress for Nepotism but Congress is unable to do so. Even many regional parties like Samajwadi Party (which was governed by Mulayam Yadav and later taken over by Akhilesh Yadav) has been working on the principle of nepotism.

To know more about Nepotism in BJP and Congress, watch the video given below.

We can all hope that like most major changes taking place in the country, this also becomes an issue that is needs to be strongly raised by all.

Tags:NepotismNepotism in BollywoodNepotism in Indian Politics
previousWho is Marilyn Monroe? The journey from ‘Shy Girl’ to ‘Pop Culture Icon’
nextWhat is Cauvery Calling Project and what is the need of it?