Is fake meat a good method to save Earth? 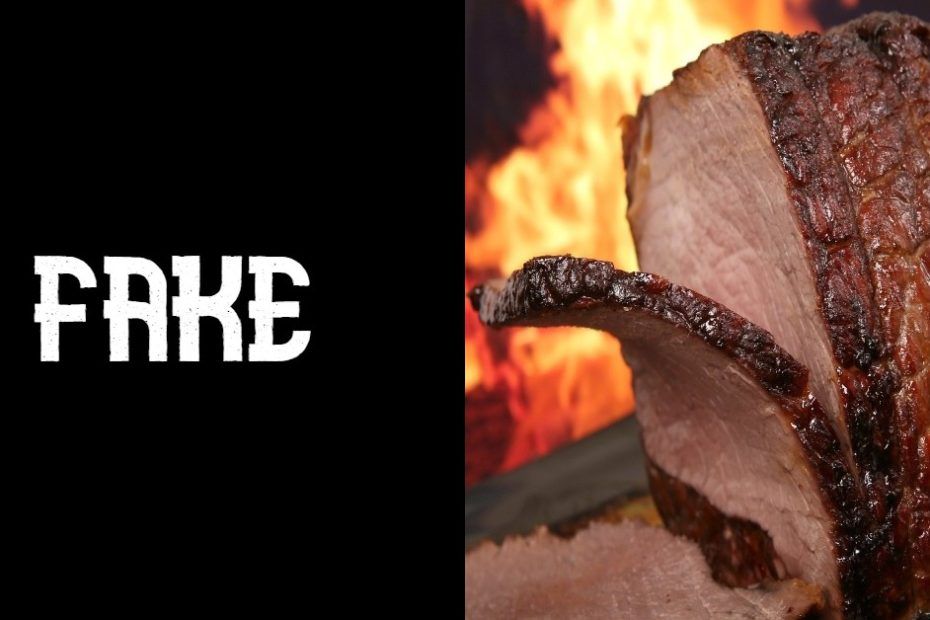 So, finally, the day arrived when a person can literally feed on meat and can still call himself a vegan, As the technology has been taking over our lives for years, our food industry chose not to back off and came up with this great idea of manufacturing fake meat which according to the sources would not differ from the usual taste, texture, juiciness and even appearance of the real one and which can be conquered as great news for our vegans whereas this could be a sort of not so good news to the non-vegetarians, as to some extent they would not prefer to feed over a piece of fake meat and choose to lose their appetite forever.

All the fake meat-producing companies like the Tyson foods, Kellogg, Kroger, Nestle, Hormel foods, Conagra brands that manufacture these future-savers are flourishing as the majority of our world’s population that are flexitarians are choosing their protein alternatives and are also including them in their daily diet. The idea of fake meat which is a great step to have ever taken for the benefit of our environment can come up as a bit costlier than the real meat.

The thing that attracts me the most and can be appealing is that they have created this fake piece without sacrificing the real taste and flexibility nature of it which means they can exchange real with the fake ones in the regional restaurants and hotels. According to some sources by 2040, the 60% of the world’s population would be depending upon fake meat and the majority of the real meat-producing companies would exchange the real ones for selling and earning through the fake ones as the upcoming generation would mainly prefer this protein alternative.

Faux meat is definitely a lot more healthier meal than the real one. Well, In India the faux meat is being made up of jackfruit which can be great to eat if a person is a non-vegetarian or a person who chose to be vegan due to personal or health issues. As they are manufactured from our plants, we can expect the fake meat to be an alternative with a high amount of nutritive value, can contain more fibre, lower fat, and also contain less cholesterol. These traits of the faux meat make it a lot healthier meal to be added in your daily diet as they comparatively have high nutritive values than the real flesh.

What effect would be there in the future?

Opinions – The killing of innocent animals would reduce and hopefully will also stop in the coming future. We’ll give birth to a new era where we would be able to feed on animals without killing them, this will also lead to a number of advantages as a number of endangered species would go back to normal. Hens and pigs would be given shelter instead of getting brutally killed under the kitchen’s rooftops. It would also create a sense of satisfaction in our minds when usually triggers us with the fact that we were eating something by taking its life and the great part is all the non-veggies and veggies can comply as a team while we would be having a feast on our fake meat thing. We’ll be able to eat meat while keeping our sense of performing our spiritual activities alive.

The things we should look after

In industries, these fake meats are made using soya nuggets, which can grow as a perfect ingredient to make faux meat because of its spongy and chewy nature. They are undoubtedly healthy as they are plant-based products but we should not forget that it contains high amounts or let’s say traces of soya chunks, taking more than usual can cause the excess intake of phytoestrogen(dietary estrogens) which can affect our hormonal levels especially in the young age. It can cause obesity, cancer, and problems with reproduction, but that is definitely not a big deal if it is consumed in limited way.

India is our country and we know well, how dear is meat to us, every now and then we crave it knowing that somewhere someone is taking lives to feed us this. Although, some crazy lovers of meat won’t like it that much still I would say that fake meat is gaining popularity in India as well. For me, when I heard about it, I had that one question that was stuck in my head which said “How they even made it?” I was always curious about what the taste would be like? Would people actually accept it and add it to the list of their daily meals?

Fortunately, it was satisfying for me to know that fake meat is actually appreciated in India and people from different industries are coming together to give this a try. Many industries are forming companies like impossible food and beyond meat to import meat analogue in India. People would really love it as a word like “vegan meat” was never heard until someone actually made and sold it out. We all are aware of the highly spiritual side of our country and also that with time many are turning into positive souls and are also going on soul missions, it would be great for them as from now, they would be presented with this opportunity of being able to feed on this vegan meat without any hesitation and without questioning their spirituality thing.