Indian movies in Oscars and why India should send better films? 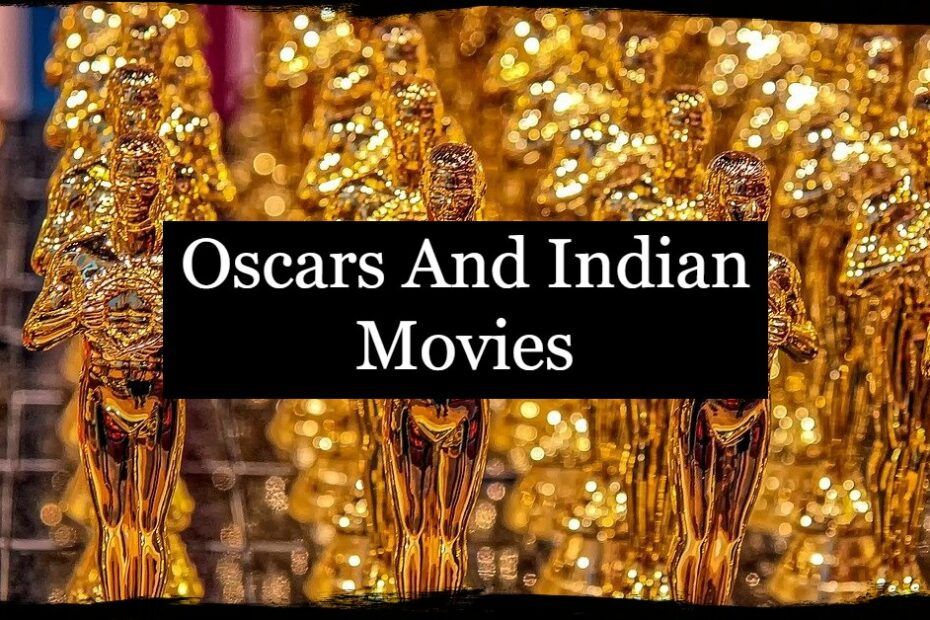 The Academy Awards, also known as The Oscars, are the awards that are given for technical and artistic merit in the film industry. It’s the elite awards presented to the actors, directors, producers, and other members of the film industry. Everyone conveys the award. It is an annual awards ceremony honoring achievement in the film fraternity. It’s a great achievement for any film to have been won an Oscar or even get a nomination.

Opinion – First of all, Oscar shouldn’t be considered as an ultimate and most valuable recognition for films worldwide. Oscars are conducted by the Academy of Motion Picture Arts and Sciences an organization that consists mostly of American actors and film-makers. Unlike, other international Film festivals, the Oscar jury is completely dominated by Americans.

Oscars are primarily and precisely meant for English Movies. So, now the question has to be recast and rephrased. “Indian Movies are not getting nominated for the ‘Best Foreign Language Film’ award, Why? Now there are different versions and theories that many people have, are revolving around.

Why India should send better films for Oscars?

Indian movies cannot do without Music and for Hollywood, unless the film is a Musical, does not believe songs do anything positive for a movie. When Lagaan was nominated for an Oscar but did not win – a Judge said – “Too Many Songs”. The same was the case with Madhumati (1958) of Vyjayanthimala.

Oscar believes that a normal film should be between 100 – 115 Minutes Long at the most – Unless you have a Ben Hur or a Titanic or something of that quality at that Budget. Sadly, most Indian Films nominated end up to be more than 150 minutes long because of songs.

Many Best movies from India have not been able to get an entry in the Foreign Language Category List. The Oscars send an invitation to every nation to submit an Official Entry. Here in India – Bureaucracy and corruption come in the frame. The decision-makers who decide which picture to send are usually failures as Directors or Producers and in reality, are ‘pseudo Movie Critics’. One notice from a Famous Producer would make their decision easier. They give a huge bed to Bollywood films while completely ignoring regional languages unless some Famous Personality recommends the same.

In 2019 Indian Cinema was having better choices to send in Oscars. They could have sent ‘Super Deluxe’, ‘Tumbbad’, ‘Kumbalangi Nights’, and ‘Sonchiriya’. But why did they choose the not-so-original movie ‘Gully Boy’ whose plot was similar to Eminem’s movie 8-Mile? Same way in 2012 influential personalities twisted arms to ensure that their movie Barfi was their official entry over ‘Kahaani’, ‘Gangs of Wasseypur’ and ‘Shanghai’ that were 50 – 100 times better were ignored completely.

Malayalam Movie ‘Manichitrathazhu’ in 1993 was not selected which was completely a refreshing plot.

A shock and a matter of shame at the same time is that out of 57 Indian official film entries to the Oscars, 21 have been rejected due to Plagiarism. This allegation is nothing new. Our Gem Director has left us. Most of today’s directors and filmmakers are master copycats and are way far away from Originality. As a result, many of our entries are stained and speckled with Plagiarism and many films get low scores due to this factor.

Barfi, Eklavya, Henna were some pictures that did not make the nominations because of possible plagiarism allegations. Even after blindly copying Charlie Chaplin’s Movie and a climax which was completely copied from ‘Notebook’, I don’t know why they sent this not-so-original movie Barfi to the Oscars.

Politics plays a huge role in this category like in any other field. Somehow Indian movies are always sent to the Oscars even though they are horrendous over other Best movies. In 1999, they nominated a decent movie called 1947: Earth but ‘Vanaprastham’ which had Mohanlal was the best suited to be nominated but politics played a part and the movie was not nominated.

Bengali Movies are not submitted no matter how brilliant they are, is because of the Communist Party.

This is the most important reason why Indian movies fail to garner international repute – a weighty lack of creativity. Lage Raho Munna Bhai, Shanghai, Tumbbad are some rare movies that happen to be so. Art cinema in India is mainly based on depicting poverty and destitution in artistic and poetic form. We all remember the heated dialogs between Nargis and Ray? Most internationally acknowledge masterpieces from Indian directors in the last 5-6 Decades – Apu trilogy of Satyajit Ray, Bandit Queen of Shekhar Kapur, Salaam Bombay of Mira Nair in one way or the other they all extol poverty. Poverty is such an entangled aspect of India that it becomes exceedingly difficult to make a movie that doesn’t edge on it. And if it does it fails to capture the audience and producers start filibustering on financing similar projects.

Money is an important factor even to dream about getting Oscar. A hell lot of money and possession. A movie has to get it’s cast and crew in Los Angeles for at least 2–3 months before the academy awards. You have to showcase your movie to Academy members. You have to market your movies and put screenings also. In competition with other countries when they are also trying to do the same. So, a mainstream movie which doesn’t have funding issue is always the safest bet for going into the Oscars. That’s why ‘Gully Boy’ went to Oscars instead of ‘Tumbbad’, ‘Super Deluxe’, or any other regional movie.

There is a big misconception that we can only send artsy movies to the Oscars which is wrong. For example, last year we had many movies like ‘Joker’, ‘Once Upon A Time in Hollywood’, ‘Marriage story’, ‘Ford Vs Ferrari’ or ‘The Irishman’. They were the most mainstream films of 2019 but they were also the best movies made last year.

Opinion – Competing for Oscars is fine, but should not be considered a summit of quality in India. I think we should develop our own National Awards into an establishment which becomes the face of quality cinema worldwide. We should not judge cinema by Oscars and also should not be driven by the pathetic lust for Oscars. For that, there are film festivals.

Tags:academy awardsindian movies in oscarsoscars
previousWho built Somnath temple and why is it famous?
next20 Unbelievable Facts That Will Blow Your Mind