How Toxic Positivity is Counterproductive and Dangerous to Mental Health? 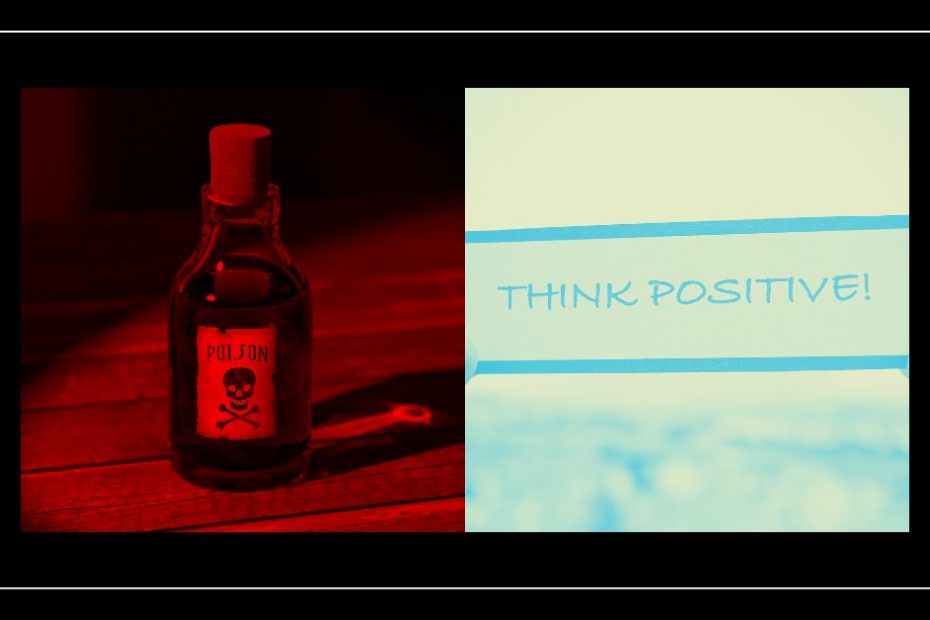 Yesterday, When I was dropping mom at school. I saw a boy wearing a hood over where It was written: “Positive Vibes Only” and he fell on the road and the situation was very peculiar as he was the “Negative Vibes Only” type person among all who are trying to solace him and seeking a hospital for him. Look around yourself, Instagram, Facebook, Twitter, WhatsApp bios, some of your screen wallpaper are flooded with these positive vibes.

The purpose of these “Positive Words” is to make people more focused, happy, career-oriented, and also not to focus on the melancholy trauma of daily life, but they are outperforming the opposite because when you try something and probably we get fail, these words make us feel miserable, as they set standards for a positive life, quality life, achievers’ life, and failing leads to negativity which you don’t want, so you feel you did something atrocious, you are the black sheep, you are not for this world as this world serves to positive achievers only. So,

What is toxic positivity?

It’s the positive feeling in excessive amounts in all situations and can cause emotional imbalance by suppressing negative feelings.

I see people having a facade of positivity and when you talk to them about your negative emotions, they say: “Hey bro stop-stop you are looking at this circle around me it’s my positive vibe only zone, and please no negativity”. You go through your biggest emotional challenge, you go out and try to talk to somebody and what they tell you, “It’s just a phase, you don’t know what the struggle is, you’ve no idea, be positive and get through it” that hurts the people because people want them to understand them, what they have been through, they want advice, help and sometimes they just want you to listen to them.

Stats show that in India, and across the world, people are suffering in silence. Isn’t it a conundrum? we are living in the age of social media, where we are just one click away from our friends, family, and acquaintances, we don’t even try to talk to them because we are so absorbed in Instagram, Netflix that we don’t have time.

Today depression is the leading cause of disability people are suffering from mental illness and anxiety attacks. A third of us judge ourself for having unpleasant emotions like anger, grief or just being sad and actively trying to push those feeling aside which is not a solution of the problem we have to think deep so we can find the root cause of the problem and accordingly to resolve it because there is a solution to every problem.

Why Toxic Positivity is bad?

Toxic positivity is bad for us for reasons:

How to avoid Toxic Positivity?

Instead of saying these “toxic positive words” we should rather say

Let’s get back to the Incident of the boy who fell on road, if those people who helped that boy to get him to hospital, solacing him and what if they said “just be positive you will heal automatically”, did that work for the boy, did he heal? I don’t think so, on the contrary boy would feel even sad and became frustrated.

We should understand as we can’t eat sweets all day, we need salty too. So is the positivity–negativity. Those who acknowledge and validate their emotions progress way better than those who live in denial. By living in fake positive emotions, we can’t enjoy real positive emotions, what even worse are the “good vibes only” kind of people that have zero tolerance for anything that they perceive as “negative”, insisting that they only surround themselves with happy, shiny and upbeat people.

Emotions are the part of human conduct it’s necessary as it tells us we are alive, we can feel, rejecting either good or bad means rejecting fifty percent of the universe. Everyone – even the most positive person you’ll meet–has a dark side, as everyone has a shadow.

How can we possibly help people when we deny them at the same time? So, if I can redesign that phrase or Idea of “good vibes only” or “positive vibes only”. I would say “All vibes are welcome”.

Tags:mental healthtoxic positivity
previousThe Lost and Forgotten Wealth of India
nextWhy was Florence Nightingale known as ‘Lady with the Lamp’ and what was her contribution to modern nursing?