How is carnival celebrated in Rio de Janeiro? 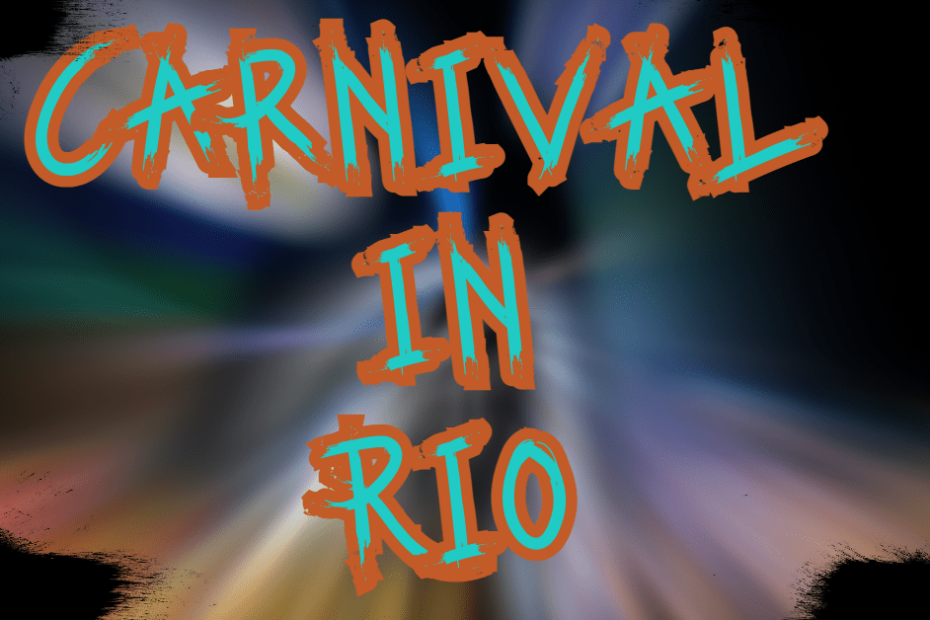 Rio de Janeiro is the largest, striking carnival celebrated as a festivity across the world in Brazil. More than two million people come out of their houses per day on the street to celebrate this festival. In 1723, the first Rio carnival had taken place in Rio. Rio’s carnival is listed as the biggest carnival in the world on the Guinness Book of record. Rio de Janeiro’s Carnival celebration is undoubtedly the planet’s most spectacular event, uniting the Brazilians and visitors across the world. It is an annual event that always begins on Friday afternoon before Ash Wednesday at noon. It marks the beginning of Lent that is the forty days before Easter. It is a six-day gathering of people dancing, singing, and enjoying on the streets. It is originally a catholic event but also rooted in European traditions.

It is a lavish and world-renowned carnival parade in Sambadrome. The tradition of the parade in Rio is stretching as far back as the 1930s. The best samba schools come around the streets of Rio to perform the samba. Samba is the heart of the carnival. The stadium got filled by more than 80,000 visitors as well as 5000 participants through the wide Marques de Sapucai Avenue. Over 70 samba schools were there in Rio. But the number of schools was increasing day by day that made the parade boring and tiring for the public watching it, so in 1984 parade was categorized into two dates: Friday evening to Saturday morning for the lower schools and Sunday evening to Monday morning for high schools.

The panel of 40 judges considers each performance based on their skills in drumming, costumes, song lyrics, and overall harmony and watch every movement. The judges announce the winner on Ash Wednesday.

Some of the most revered samba schools are Mangueira, Beija-Flor, and Portela. The Samba school parades have occurred in Big Africa that is the birthplace of the Carnival parade. The largest number of championships won by the samba school named Portela.

Music is a significant part of the carnival, and the instruments are the essence of it that delivers an extravagance pleasure into the public.

Winners’ Parade takes place on Saturday after the carnival ends. The winning school and runners’ up as well as the A-Series champion, all march past one final time on this night.

This beautiful and remarkable carnival involves public events, heartthrob parades, and parties on the streets sometimes, combined with the entertainment of the circus. Anyone can participate in the street festival, expressing their merriment through dancing or singing. Street parades went throughout the city of Rio.

The one-of-a-kind carnival stadium, Sambadrome got opened in 1984, by exceptional and extra-ordinary architects of Brazil. But the street parades had a side effect that it was a ticketed event area. After that, some schools focus on the fact of people’s pleasure and enjoyment in the carnival and occupy streets with parades. Many events were also open for the lower community for free and welcomed by all. The street gathering gets arranged by street groups called blocks. The crew marches through the streets and collect more and more people on the way.

The word King momo or Momus originated from the Greek god Momus which means blame or disgrace. The fat, tall man picked to perform the role, in the memory of the original king, Momo. Each carnival has its King Momo, who has often provided the key to the city. The fat man arrivals signify the beginning of the carnival festivities. King momo is feasibly considered the figurehead of the party.

King Momo receives the crown as the world’s prominent party host and also reminds everyone to be responsible. One of the pillars of the festival indulge your sexual desires as Alex de Oliveira (King Momo) reminded everyone to use condoms as the ‘Carnival’s greatest costume’. The government also gave millions of condoms at the party every year.

It is an excellent show on earth in Rio de Janerio. This carnival had set another level across the world. It has always settled its standards high than last year and always comes up to the expectations. Many famous events of Rio Carnival have ticketed events. This event is a significant catholic tradition that indicates the start of Lent. The annual ritual is participated by millions of people from all parts of the world. Apart from the carnival, Rio is a very exotic and beautiful place you cannot forget to hang out. Famous beaches, Sugarloaf Mountain, or the Christ of the Redeemer statue is to die for.

The beauty of the bands played in the carnival is their authentication and uniqueness. They compose their songs and choreograph their movements on their own.

The misconception of the carnival was that it’s too indecent for children. Organizers have clamped down on very nudity, although some dancers urge this limit by revealing skin. But it’s secure to take your children to the carnival and make them explore different cultures around the world.

This carnival is one of the most famous tourist destinations across the world. The event earns a million amount of money as it spread in all sectors.

With a ratio, 700,000 tourists visiting Rio de Janeiro each year to enjoy the party. As many countries engage their versions of ancient celebrations, but there is no huge celebration than Rio’s. We all know that Brazilian love beer and this love get even bigger during the carnival. 10-million liters of beer are consumed during the event.

Let us know if you have any suggestions or questions related to this topic. We always welcome guidance and healthy criticism. If you like the narration of the topic, you can follow us and share it with your friends and family.