How gaming affects the mental health of youngsters 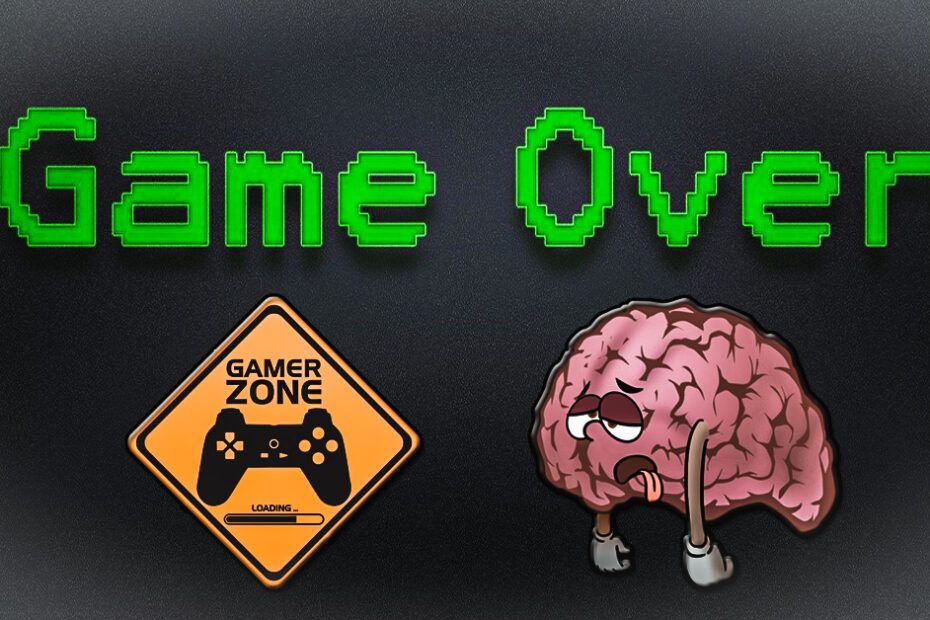 Video games can be fun and can even be used as a learning tool in certain cases. For many youngsters, video games are a way to connect with peers and blow off steam. Gaming becomes problematic for kids and teens when the behaviour negatively affects their daily living. Gaming also can trigger feelings of irritability in some teens. It can also lead to power struggles, meltdowns, and deceitful behaviour. As all these behaviors can be problematic within families, also they do not necessarily meet the ICD-11 (International Classification of Diseases) criterion for gaming disorder.

Why youngsters are focused on games?

Gaming triggers the brain’s reward center, which releases dopamine, sometimes referred to as one of the “feel-good hormones “. Dopamine is associated with feelings of happiness, bliss, concentration, and motivation. When these games give a child a thrill, by allowing them to reach a new high score or taking down an opponent, dopamine can arise. This can result in a temporary feeling of bliss.

Video games can be enjoyable and engaging for youngsters, so it should come as no surprise that they are a popular choice for filling their downtime, but when the appeal goes beyond fun, it may be a cause for concern. For teens who struggle with self-confidence, success in gaming can boost the feeling of self-worth. After a difficult day at school, playing a game well can trigger positive emotions. Gaming also can serve as an escape from reality. For a socially isolated child, stepping into a virtual world provides a feeling of relief from the stress of daily life.

All youngsters are different, and there are a variety of reasons why they are drawn to gaming. Knowing their specific interest in gaming is the only way to determine whether gaming provides a healthy outlet or could become problematic.

Are there any benefits of gaming?

When we say video games, most of us would think about children. It is true. Ninety percent of teens do play video games. But, when the kids are in bed, who is in front of the video game? Mostly teens and adults. According to Google, the average age of a gamer is 34 years old, not eight years old. If we look at the graphical statistics of video gameplay on google, the video game players of tomorrow are older adults.

Though parents are conditioned to worry about the hidden hazard of gaming, there are some positives also. Gamers develop certain types of attention, including sustained attention or selective attention. The regions of the brain which is involved in attention are also more efficient in gamers and require less activation to sustain attention on demanding tasks.

There is also evidence that video games can increase the size and efficiency of the regions of the brain responsible for visuospatial skills (ability to represent, analyze, and mentally manipulate objects). These skills help to complete daily life tasks like an estimation of the distance between two cars while parking or mentally rotation of objects as giving imagining the place someone mentions when giving directions.

Games can be a fun way to connect with a peer for teenagers who struggles to socialize in groups or initiate conversations. It should also be noted that gaming does not replace social skills development. Although gaming can also be spark connection, it is problematic when teens connect with others only through gaming.

So, let us imagine, what a parent would think when their kids are playing sudoku or reading Shakespeare, most parents would find that great.

Well, I am not suggesting that video games are good for our health. It is not, and binging is never good. But I am suggesting that in reasonable doses it can do wonders in one’s life. Many different aspects of behavior are quite positively and powerfully effective to those action-packed games. I would like to put this debate topic aside and want to get you to step into the lab. What do we do in the lab is measure directly, in a quantitative fashion, what is the impact of video games on the brain?

Let us take a few examples: One first, I am sure you all have heard is the fact that too much screen time makes our eyesight worse. That is a vision statement. The issue is what happens with the guys that indulge in playing video games like five hours per week to fifteen hours per week. By that statement, their sight should be bad. But guess what, their vision is really good. It is better than those that do not play. The first way is that their resolving power for a small detail in the context of clutter, and though that means being able to read the fine prescription rather than using a magnifier glass, they can do it with just their eyesight.

The other way is they are better is by being able to resolve different levels of grey. That makes a difference between seeing the car in front of you and avoiding the accident or getting into an accident. Playing those action games does not lead to attention problems.

Addiction of gaming to youngsters

Video games can be highly engrossing, but can some youngsters become addicted to the game? The World Health Organization (WHO) says yes. Recently, the WHO recognized officially “gaming disorder ” as a mental health condition and adding the disorder to the International Classification of Diseases, or the ICD-11, the organization’s official diagnostic manual. Simply, playing a lot of video games is not enough to count as a disorder. Rather, the disorder occurs when gaming interferes with kid’s daily lives.

According to WHO, gaming disorder is a “pattern of persistent or recurrent gaming behavior“ in which youngsters lose control of their gaming behavior, give priority to gaming over other interests and activities, and continue gaming despite negative consequences, such as impairments in their family relationships, social lives, teenage or other areas. Psychologists in New Delhi and Bangalore say that gamers as young as 10 have been brought to them by their guardians to help distance them from their gaming consoles or mobile phones.

The National Institute of Mental Health and Neurosciences (NIMHANS), Bangalore SHUT (Services for Healthy Use of Technology) Clinic which deals with cases of gaming, pornography, and social media addiction has seen a peak in the age group of 15-20 years who get involved to games like PUBG, Counter-Strike, and FIFA. Dr. Manoj Sharma, professor of clinical psychology said as the clinic is closed now, worried people have been sending him e-mails seeking ways to stop their children from gaming addiction. Citing an example, he said the attempts to rehabilitate a 16-year-old boy who had been addicted to gaming had worsened the situation as the time he would spend on electronic gadgets went up to seven hours a day. But since the lockdown kicked in, he has been spending 8-10 hours a day on gaming.

He said, “Parents are asked to spend more time with their children and plan their sleep routine. They are asked to involve them in indoor games or other activities with some relaxation exercises “. In addition, gaming has also gone up by 15 percent in individuals aged 30-40 years, he said.

How to Overcome Game Addiction?

Whether video gaming is an addiction comparable to gambling, drug abuse, or alcoholism, there is also controversy over that. Many people, including parents, believe that video games expand imagination, allow children to work collaboratively, and sharpen visual skills. Yet when youngsters spend most of their time playing video games at the expense of schoolwork, physical exercise, family events, or social activities, the benefits of gaming seem less certain. How can a parent recognize when gaming has stopped being normal entertainment and become an addiction?

Here are a few of the key warnings to watch for :-

As you might have noticed, most of the negative mental effects of video games arise from excessive use. Even the health issues mention only became a problem when a person spends hours in one place playing video games. While it may seem like video games can create a lot of problems, there are plenty of gamers that lead to a successful life and still playing video games. The difference between playing games for enjoyment and gaming controlling your life is made by moderate doses of gaming.

Tags:Addictionmental healthyoungsters
previousWhat is the Mystery of Love and Attraction?
nextWas Cleopatra’s relationship with Julius Caesar and Mark Antony a strategy to rule the world?

5 thoughts on “How gaming affects the mental health of youngsters”