Everything you need to know about the Met Gala 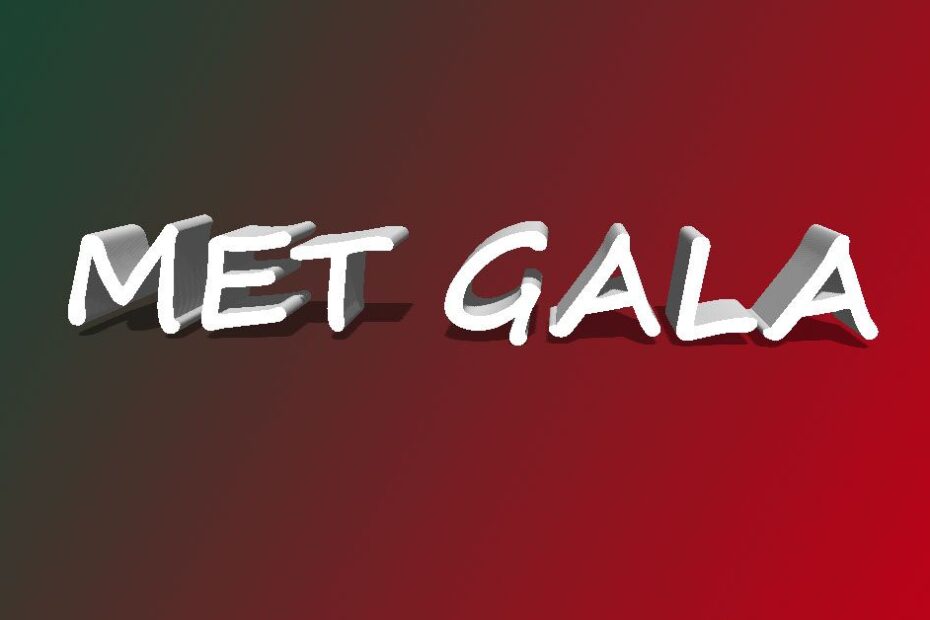 Remember when those pictures of Priyanka Chopra wearing the spiky silver gown with a silver fascinator broke the internet? Yes, you must have remembered the given fact that it had become one of the most talked looks last year and ever since then the whole Met Gala thing has had people perplexed. This year due to the COVID-19 pandemic, the annual Met Gala has officially been called off however, people are still not over the looks from last year. Not only the pictures from Met Gala 2019 grabbed everybody’s attention, but it also left all of us to ponder about the whole extravagant event. But we’ve got you covered and answered the most frequently asked questions about the biggest fashion event “The Met Gala”.

WHAT IS MET GALA?

The Met Gala formally called the Costume Institute Gala or the Costume Institute Benefit is an annual fundraising event for the costume institute at the Metropolitan Museum of Art in New York City. It is the high fashion glamour event where paragon celebs, models, and designers collide in the most spectacular looks for a cause. The gala takes place on an annual basis on the first Monday of May. The spring season seems to be less crowded with the events than the Manhattan fall and encourages a lighter spirit in fashion choices. This year the event has been postponed due to coronavirus concerns.

HOW IT ALL STARTED?

The Met Gala hadn’t started as the lavish and fancy event we know and love today. In 1948, fashion publicist Eleanor Lambert introduced the gala to the city. She sold tickets to the gathering for 50 dollars apiece, the intention being to raise the funds for the brand new Costume Institute at the Metropolitan Museum of Art. The tickets now go for about 25000 dollars a piece, excluding the table charges. The Vogue editor-in-chief and a chairwoman of the gala event Anna Wintour since 1995 have been supervising the gala. Over the years it has become one of the grandest exhibition of art and fashion.

WHAT IS ALL ABOUT THE THEMES?

Ever since we all have seen the highlights of the red carpet entry of the gala guests, there has been only one thing on our minds and that is, why met gala outfits are so different and dramatic. The met gala event marks the grand opening of the Met’s Costume Institute’s annual fashion exhibit, which revolves around a different theme dress code every year. It runs with a whole different concept every year. Every fashion, film, music, and art paragon is encouraged to pay homage to the theme by dressing up in such a way. From Lady Gaga to Rihanna and Katy Perry to Kylie Jenner, each one of these fashion elites have dropped jaws and turned heads with their extremely terrific and phenomenal looks. The theme for this year’s gala is “About Time: Fashion and Duration”, commemorating and celebrating 150 years of the institute which is yet to happen.

WHAT HAPPENS AT THE GALA?

Well, it is a secret for even the New York Times. But to talk about it in short, the guests explore the grandest art exhibition after their red carpet entries followed by dinner, drinks and are treated to some enthralling live performances. The gala happens to have some strict rules which everyone’s expected to abide by no matter if it’s Kim Kardashian or Rihanna. Anna Wintour bans parsley as it can get stuck in your teeth, bruschetta for it can fall on your dress, no selfies, and no social media updates giving insights about the other side of the carpet for that matter. But as they say “rules are meant to be broken”, few of the stars took it seriously. In 2017’s Met Gala, Kylie Jenner broke the no selfie rule of the met gala by posting a washroom group mirror selfie on her Instagram. The photo includes Kim Kardashian, Kendall Jenner, Brie Larson, Paris Jackson, and many more faces.

WHAT ARE SOME BEST MET GALA DRESSES OF ALL TIME?

Over the years everything about the gala has changed. From designers to performers and from themes to dresses. Whilst we are too excited for the gala this year (which will probably be held virtually), let’s look back at some of the best-met gala dresses of all time.

Let us know if you have any suggestions or questions related to this topic. We always welcome guidance and healthy criticism. If you like the thoughts and narration of the topic, you can follow us and share it with your friends and family, It would be appreciated.

Sharing is good, and with digital technology, sharing is easy