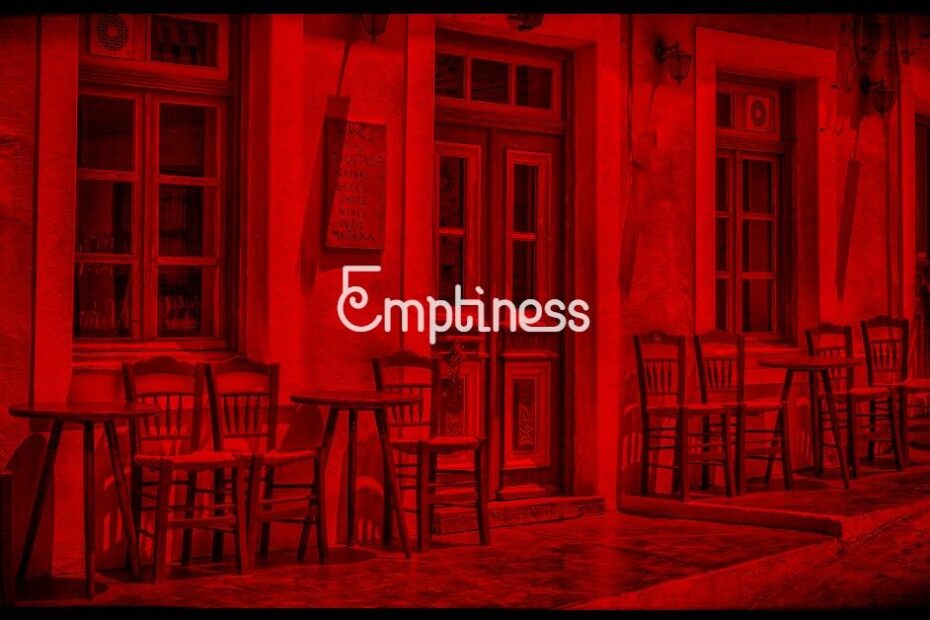 After a long fatiguing day, it was time for him to be himself. He shut the door of his room and buried his face in his palms. The day smoked of past experiences – that first drama, the first prize, and the beginning of his tryst with human life. But after all his achievements he had droopy eyes and a blank face. His eyes looked at the Elm door of his room- the dais of dreams, an omniscient ocean of emptiness. It had to be his gap into his world of dreams associate degreed a get away this labyrinth of disconsolateness.

A cool wave of air touched his dolorous countenance. He felt like he was one among the many, a frog among the fish, an atom in a polyatomic molecule, and a loner in a deluge of the sea of apathy. He recalled one session which he had with one of his seniors “Emptiness is the sensing of an internal void, a vacuum, an unfilled space it is something which makes you feel loner in a room full of humans”. Beads of tear trickled down apple-red cheeks.

Another memory dawned upon him, mutilating away at his soul. “Out of my house, you are a disgrace on my family” and outflew his suitcase. He looked star-struck and watery-eyed at his father. The door slammed upon him. The sound of the door slamming closed upon him forever had been an eruption, screaming and violent. His love interest also lost interest in him and left him all alone in a world full of thorns.

The ceiling fan was humming endlessly and remarkably slowly. Suddenly the fan on the ceiling stopped. He glanced upwards like a tiger choosing its next prey. A sense of incompleteness and pit-ish feeling hit his belly. He fell unconscious on his bed dreaming about his future and contemplating about his past. It was a desolate place for him, it was just another desert he had had to traverse in his voyages in the search for an oasis of hope.

He opened the refrigerator and took out the leftovers of the last night. Decorated the plate with the food and gulped the food down his throat. Without any emotion and without any feeling like a blank book ready to be scratched with a pen.

His mouth was so dry that his tongue stuck to the roof of his mouth; his knees were weak his stumbled upon the light chair and fell down. As his head hit the floor, he got a flashback of how during his childhood when he used to get hurt. He would cry incessantly but now there was no ray emotion left in him. He stood up, brushed his clothes, and caressed his bruise. He ambulated his way to the Elm door. It was then that his prematurely percipient mind finally dissected his dilemma. He was left with nothing but an abiding sense of Emptiness. He left the room and made his way to the world with his name and Emptiness.

This article is contributed to Factsberry by Sameer Verma (WInner of Bloganza Event).

A passionate engineering student who is trying to make the world a better place to live in.

1 thought on “Emptiness: A Story”