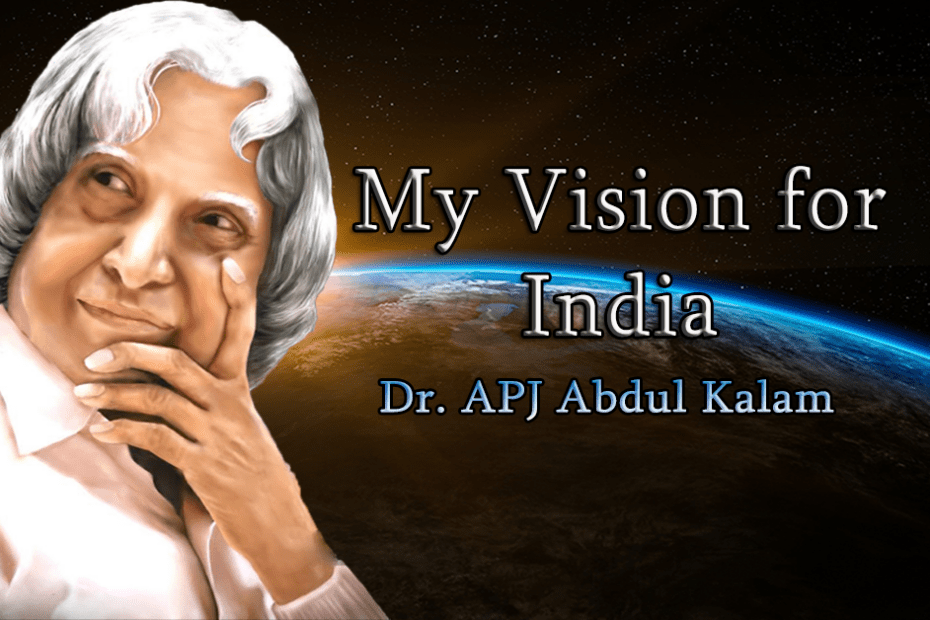 In 2012, Dr. Kalam was interacting with students in a seminar called Asianet News Edufest, there a boy in class 7 asked Mr.  Kalam about the major strength of India to which Mr. Kalam immediately replied, “you guys, the 600 million youth of India is its biggest strength.” He made the whole auditorium repeat after him to lines which he quoted there, “Ignited minds of the youth is the most powerful resource on the earth, above the earth, under the earth.” One can easily say that each student who was present in that auditorium, attending the seminar must be doing very well on different walks at different stages of their lives. This is how inspiring and impactful his thoughts are.

Avul Pakir Jainulabdeen Abdul Kalam was born on 15th October 1931 in Rameswaram, Tamil Nadu. He came from a humble background and experienced difficulties in his early life but the strong mentality of this seemingly weak statured man made him the Missile Man of India and one of the most loved Indian figures around the globe. He went on to become the 11th President of India and won various accolades during his lifetime, some of them being Bharat Ratna and honorary doctorates from Universities from all corners of the world.

Renowned Historian and Professor Dr. Ramchandra Guha consider him as one of the key figures in the making of modern India. It is his visions and works upon which Indian Defense Programme is built upon. But Dr. Kalam keeping aside all his glory always called himself a teacher first. He always preached that to succeed in life one should have a vision or goal, even a country must have short term and long term goals and it is the “ignited minds” of an upcoming generation of youth that will drive the nation in achieving its goals.

His words were like divine nectar pouring down from heavens above consisting of all the wisdom one could acquire. Dr. Kalam loved children and wanted that they should make excelling in education their prime goal. He also wanted the youth to develop a scientific  approach towards life, he instilled the qualities of love, compassion, and gratitude in young minds.

He dedicated a book called “Ignited Minds” to children and youth of this nation where he said knowledge is equal to creativity, righteousness, and courage. The biggest job of a nation is to nurture and develop its young minds which are going to lead the country in the future, here parents and teachers have the biggest role to play. Mr. Kalam advises parents to respect children’s dreams and aspirations and teachers to impart education without discrimination and wholeheartedly.

One can learn from his journey from Rameswaram to Rashtrapati Bhawan, from the man he was, his contributions towards the nation, his books, and his whole life altogether. Mr. Kalam never missed an opportunity to address youngsters even during his last time he was giving a speech to students at IIM Shillong during which he had a cardiac arrest and succumbed on 27 July 2015. He might be no more but his ideas, speeches, quotes, beliefs will continue to inspire the youngsters till eternity. You will not find one single person who knows about Dr. Kalam and isn’t inspired by him and his works, that is what has made Dr. Kalam immortal.

Dr. Kalam strongly believed that the power of the youth, if properly developed and directed will bring about transformed humanity by meeting its challenges and bring peace, prosperity, and harmony among all the nations.

“To succeed in your mission, you must have single-minded devotion to your goal.” ~ Dr. APJ Abdul Kalam

He is an 18-year-old student who has vested interest in history, politics, economics. He is also an avid reader who has recently just begun writing.

Tags:Dr. APJ Abdul Kalam
previousEverything you need to know about the Met Gala
nextWhy Mental health is as important and necessary as physical health?