Was Cleopatra’s relationship with Julius Caesar and Mark Antony a strategy to rule the world? 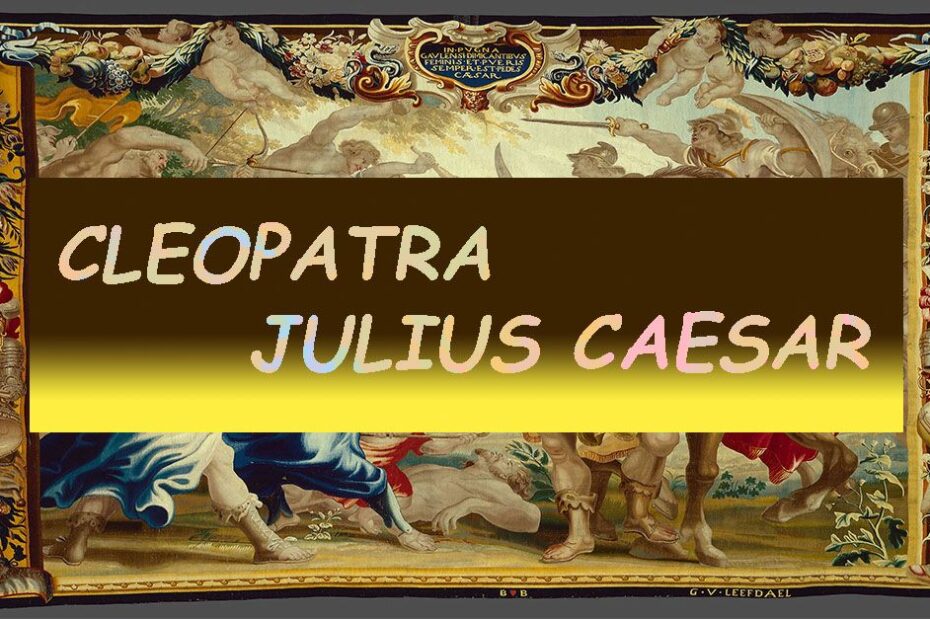 It is evident that if you are a literature lover, you are well aware of Julius Caesar and the connection between Julius Caesar, Mark Antony, and Cleopatra. BBC History revealed Cleopatra’s relationship with Caesar and Antony and why they had significant consequences for Egypt and Rome.

Cleopatra was the queen of Egypt. She was extremely intelligent. She was brilliant, beautiful, determined, and known for her passionate nature. There were many rulers and powerful people in Rome who wanted to conquer the vast Egyptian Empire.

The relationship between Cleopatra, Caesar, and Antony was a love affair and power struggles which led to change in the course of Roman and Egyptian History forever. Initially, Cleopatra was well decided that whenever she fall for a person, is the reason for the power of arm power to rule. Either it would be his younger brother, Caesar, and Antony, because she was strong enough with the riches but not with the arm power.

So, let’s talk about the most talked-about relationship in the history of Fiction.

They both would have never thought that they would be a couple and strength to each other.
Cleopatra’s father decided to ally with Rome and thought it will be the world’s greatest power. After the death of Ptolemy XII (Cleopatra’s father), Cleopatra and his brother Ptolemy XIII tend to get married to maintain the family’s power rule of Egypt. Meanwhile, in the middle of the civil war between her supporters and those of her brother. She went to Caesar for help.

The pair’s need for one another was mutual. Cleopatra required Caesar’s army to install the rule of her in Egypt which on the other hand Caesar’s needed Cleopatra’s wealth as she was the world’s richest woman at the time.

Caesar presented joint leadership in front of her brother, but it was not accepted by the supporters of his brother, who laid the attack on the palace in Alexandria. Julius and Cleopatra stuck into the palace for a very long time and after the arrival of the army, Caesar took over all of Alexandria. Cleopatra successfully installed on her throne. The couple walked the Nile together and spent a hell lot of time together, after which Caesar returned to Rome, leaving a Cleopatra with a child.

Although marriage between a Roman and a foreigner was not authorized and that to Caesar was already married. But he never fathering her child. Cleopatra was betrayed and she was emotionally broken. The Queen did not fit into the morals and values of Rome. Cleopatra is said to still be in love with Julius Caesar, married her younger brother, Ptolemy XIV, to return her rule over Egypt. However, she was also married to Julius Caesar because Egypt allows marriage.

She was an inquest of her alleged involvement in Julius Caesar’s assassination.

She returned to Egypt with his son, where she was allegedly got involved with a man Mark Antony.

Mark Antony and Cleopatra – The Charm and the Power

Antony was a ridiculously handsome man. He was moody, mirthful, boisterous, and lustful, Antony had been a favorite of Caesar. Antony and Cleopatra were connected to Caesar. She was a former wife and he was a loyal ally and a friend.

Antony’s first meeting with Cleopatra in Rome after Caesar’s death proved a luxuriant one when she was once the mistress of his mentor Caesar (the two had a son Caesarion). But when Antony met Cleopatra she was at a stage in her life where women are attractively beautiful and brilliant. She was claimed intellectual and drop-dead gorgeous. Cleopatra was aware of Antony’s love of spectacle and roman’s interest in her riches so, she choreographed an entrance into Tarsus designed to awe Antony and his associates. The moment he saw her, he lost his head to her like a young man. She found a sense of stability in him. Cleopatra didn’t stop, she gave extravagant parties and dinners for Romans and sparred with Antony.

They both spent the holidays together. Cleopatra was able to charm Antony by always being by his side. Both powerful rulers often behave like college students. The two of them were madly in love with each other. In the absence of Antony, as he was off to Rome. Cleopatra gave birth to twins. After having children, both got married. But in the same year, Antony married another intelligent doer – Octavian’s sister Octavia. Seemingly happy in his new marriage, Antony and Cleopatra didn’t meet for three and a half years.

The lovers reunited in Antioch, but this meeting was boring as Antony first met his twins’ children after they got separated. But their second meeting lead brought them their third child. Antony took the whole responsibility of his children as a responsible father. He distributed land among Cleopatra’s children.

This whole lead to a wider gap between Octavia and Mark Antony. And both got divorced. Shortly after the divorce, Octavian declares war against Mark’s true partner-Cleopatra. Both struggle to fight against the Octavian but nothing happened. Cleopatra started negotiating with Octavian, unbeknownst to Antony.

After a lot of effort, Cleopatra could see that Antony was doomed, so she sent a fake suicide note to Antony that she killed herself and he should soon follow. She was right. After hearing about his partner’s demise, he decided to end his life too. Cleopatra was bought to see what she has done to him. Cleopatra was heartbroken and resolute. After his death, she fought to negotiate with Octavian. But nothing falls in place, Cleopatra snuck poison. Octavia’s triumphant brother erased all the traces of such a glorious couple, but he did one privilege. Acknowledging her last desire, he buried Cleopatra and Antony side by side.

Cleopatra – A destroyer or a lover

Cleopatra undoubtedly was a true ruler. Whole her life, she wanted to rule and sit on the throne. She tried to remain on that sovereignty by hook or by crook. It would not be wrong to say, that initially, she used the men in her life for the betterment of her dynasty. But she truly loved them and was always by their side. Many people claim that she nearly destroyed two civilizations.

But was she evil?

She paved the way for many women and all strong female military leaders.
She taught us that you can be sexy and strong at the same time. We are no less than men. We can achieve whatever we want to: either it is love, power, family, or the perfect winged liner.

Let us know if you have any suggestions in the comments about this strong part of our fiction. We always welcome guidance and healthy criticism. If you like the thoughts and narration of the topic, you can share it with your family and friends.