Why classical Bollywood is more ahead of time than modern Bollywood? 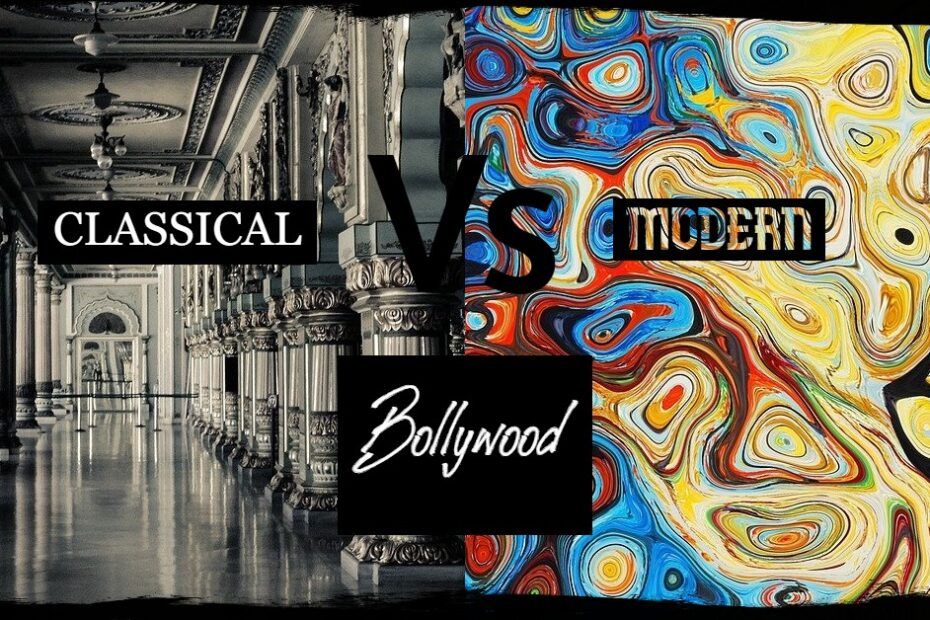 The gift of time, that quarantine has provided us with, has got the streaming era to go through every Bollywood creation ever. Right from Mughal-e-Azam to Angrezi Medium, the Bollywood has been ensuring all of us the right pick for every mood. The journey from black and white cinema to color has been an enthralling one and since then, movies have gone on to be a regular part of our lives.

While ticking off the list, we came up with the conviction that the classical Bollywood films are, however, way ahead of time than new era Bollywood movies, whatsoever. Here are a few reasons that justify the same.

The classical Bollywood was divided into two parts: Art movies and Commercial movies.

Art movies were solely made to depict realistic aspects of life with a social message whereas commercial films were made to serve entertainment purposes for all ages. Even though art movies were not watched by every class, they had their separate fan base and they do deserve a re-watch.

Some of the greatest actors and actresses in art movies are Smita Patil, Shabana Azmi, Om Puri, Farooq Shaikh, and many more. Commercial, on the other hand, used to seek audiences’ attention with their delightful humor, beautiful songs, and dance sequence, and exotic locations. To name a few movies, we have, Sholay, Anand, Gol Maal, etc.

In the new era Bollywood, the boundaries between art and mart movies have somehow faded away. The new filmmakers and writers incorporate everything into one and hence lack earnestness.

Music is something that connects people, relaxes your soul, and uplifts your mood. There are a plethora of musical genres for people with different musical tastes. Some people love humming soft and soothing songs while some would love dancing to the beats of jazz and old school hip-hop. And for balmy afternoons or midnights, some would simply prefer classical music or ghazals.

Bollywood movies without songs are just like a body without a soul. You name it and the Bollywood has got it. Let’s have a look back at how songs have been an integral part of our films.

Starting from the 1950s, if there’s any song that has made the black and white era remarkable then it has to be “Pyaar Hua iqrar Hua” from the movie ‘Shree 420’, where Raj Kapoor and Nargis set the screen on fire. Nothing has ever romanticized rain like this song and it continues to remains so.

Then comes the golden phase of 1960 and 1970. This phase is not only known for its blockbuster films, but also for its iconic songs. From “Piya tose naina laage re” to “Piya tu ab toh aaja’, the songs have not just reflected the beauty of the divas but continues to hold a place in our hearts.

From the 1980s onwards, the revolutionary disco music came into action, with Bappi Lahiri, Kishore Kumar, and R.D. Burman rocking the era with their hits. Other singers who gave us some beautiful legendary songs in that era were Alka Yagnik, Asha Bhosle, and many more.

The onset of the 1990s introduced us to the melodious voices of Alka Yagnik, Kumar Sanu, and Udit Narayan. We would still prefer to go back to these songs any day. These songs with their meaningful lyrics can make anyone fall in love.

Since then, a lot has changed in the Bollywood music industry. Technology is the base of music in this era. Music which is hard on the ears and lyrics that do not make any sense except a few. The music of that time, with all the real instruments and melodious voices of singers singing from their heart, hits different every time we listen to them. But in the last decade, we have seen so many remakes that are not that bad but have disappointed us the most. They have been composed on the same beats with raps taking over the whole song. I despise the idea of incorporating raps in party anthem these days. Seldom do they make real, authentic, and heart touching songs now. But it will not do justice to some songs if we say that Bollywood has lost its melody.

To name a few, these are Rubaroo (Rand De Basanti), Chale Chalo (Lagaan), Teri Mitti (Kesari), Aashayein, and many more. These songs have mesmerized our souls and have touched our hearts. But as they say, OLD IS GOLD, and so will our preferences for classic Bollywood songs will last for eternity and we would never stop listening to them.

Art is broadly divided into 3 categories: Literary (scripts), visuals (costume, light, set up), and performance. One can ace literary and visuals aspects of art but performance is a bit complicated than it seems on the screens. To most of us, it looks like a natural reflex to a situation or the scene but there’s a lot more behind it. Living a particular character and delivering it to the audience makes a good actor. Well, there are a lot more struggles that every actor goes through. Now if we talk about struggles, then the very first question which arises is what it takes to be an actor in Bollywood?

Well, people of the new generation would simply answer that by saying having a godfather or being born as a star kid can help you achieve milestones. But if we look back to the decades, we would find many incredibly brilliant self-made actors. Their dedication towards the work, giving exemplary performances, and possessing a charismatic nature has made them the greatest of all time. They are way ahead of actors of today’s Bollywood. Be it their intense expressions, dialogue delivery, or iconic dance steps, they have aced them all. Very few actors today are self-made in Bollywood and not products of nepotism. They are more concerned about gaining stardom than refining their skills. We would see them more into unnecessary controversies, giving tons of interviews and promotions and less dedicated to their skills. Very few of these actors are seen to live up to our expectations without any disappointment.

We do appreciate some of the greatest Bollywood movies of this era and agree to the fact that they can never have a remake but as they say, gold never loses its value over time and keeps getting valuable. Similarly, classical Bollywood movies and songs will never get old and the respect and joy for celebrating them will always increase.

previousWhat is the importance and history of Durga Puja?
nextWhat are Aurora Borealis and Aurora Australis and do they match?