Bollywood celebrities who made it to Hollywood 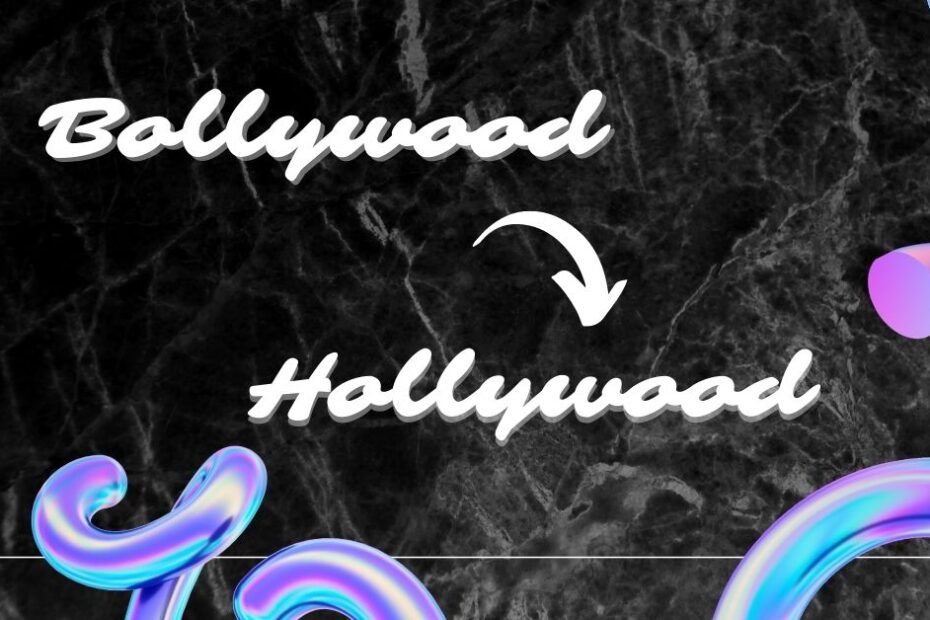 Every single celebrity or an actor of any industry craves to go and work in Hollywood. It doesn’t mean that they don’t love to work here. But the aura of Hollywood is significantly different and astonishing. It’s a dream realized for an actor or an artist.

The aspiration of more fame and money in a career is not at all wrong.

There is something occult about Bollywood that brings a special kind of magic to the big screen.

And every Indian will acknowledge that somewhere Bollywood is with them. Bollywood endures to spread its charm all across the globe and not just the people of our country but Hollywood celebs have always revealed their affection for Bollywood and we couldn’t be more proud.

Many astounding actors in Bollywood made it to Hollywood with their phenomenal work and dedication. But the top on the list would be none other than Priyanka Chopra.

PC has kept her diligent in India and Hollywood over the years, proving to be one of the most successful crossover stars in the recent past.

Before her career started in acting, she won the Miss World 2000 pageant. She got her big break in the movie The Hero: Love Story of a Spy in 2003. From then, she never looked back.

She has gone on the star in the US series ‘Quantico’ and the 2017 movie Baywatch.

She has set to voice the new HBO MAX TV show A World Of Calm along with other big names such as Kate Winslet and Idris Elba.

The late actor and the phenomenal artist who through his incredible talent has spread his aura across the world is well-regarded for his varied roles in Bollywood, having starred in dramas, comedies, and indie films too.

In Hollywood, he has been marked in big-budget movies such as the Academy Award-winning Slumdog Millionaire, The Amazing Spider-Man, and Life of Pi.

The highest-paid Bollywood actress and the daughter of star badminton player Prakash Padukone, Deepika Padukone is a superstar in Bollywood.

She has always proved why she is so loved and adored by the audience and industry through her brilliant work.

She had been in very successful movies like Yeh Jawaani Hai Deewani, Bajirao Mastani, Cocktail, Padmavat, etc. She has been phenomenal in all these films.

Anupam Kher is a splendid Indian actor. He is a phenomenal artist and has shown his pallets of genres as comedian, villain, and in the lead.

He acted as a physiatrist of Bradley Cooper in Silver Linings Playbook. The film has been nominated for many prestigious awards.

He has nailed in all his roles. He is also a screenwriter and acted in numerous plays. He is one of the most respected and senior artists in Bollywood.

The eminent actor has acted in a Hollywood movie The Big Sick – which was also his 500th film in 2017.

One of the finest and significant actor, the late Om Puri has done movies in Bollywood as well as Hollywood.

He is known for his role in The Hundred-Foot Journey directed by Lasse Hallstrom.

The most notable films include the Academy award-winning Gandhi by Richard Attenborough, Charlie Wilson’s War, City of Joy, and popular British comedy East is East by O’Donnell.

He was one of the most powerful actors with an illustrious career.

Anil Kapoor is an evergreen actor of the Bollywood industry. He continues to rule Bollywood at the age of 64. He is the fittest and most charming actor of his age.

He is being seen in the roles in Slumdog Millionaire, Mission Impossible Ghost Protocol in Hollywood.

He is seen in different genres of his movies and never fails to satisfy his audience.

The veteran actress ventured into the Western space after many years in Bollywood, where she has been appreciated for her impactful performances.

She has made her international debut in 2003 in the film The Namesake alongside Irrfan Khan.

The former miss world and one of the most beautiful and successful actors of B-Town, Aishwarya made a mark in Bollywood through her work.

She is one of the most recognizable Indian figures around the world.

She has done a decent number of movies in Hollywood including Bride & Prejudice, The Mistress of Spices, The Pink Panther 2, and The Last Legion.

Considered to be one of the excellent artists of the country.

Naseer Saab has also graced Hollywood through his work. His films abroad include The League of Extraordinary Gentlemen and the Great New Wonderful.

That doesn’t mean that only Bollywood stars aspire to work abroad. There are many Hollywood artists too who worked in Bollywood movies.

Will Smith’s cameo in SOTY 2 was one of the talks about news of 2019 ever. Daniel Richards in Kambakkht Ishq, Christopher B. Duncan in My Name is Khan, Paul Blackthorne in Lagaan, Mish Boyko in Queen, and many more.

Kim has always shown her love for Shahrukh and Salman Khan.

Daniel Radcliffe loves the dance and drama that Bollywood is made of and he even stated that he would be love to be a part of it. He also happens to be a fan of Sachin Tendulkar.

Cruise has also mentioned that he will never say no to a Bollywood movie.

Both places are filled with work. And up till you are true to your work, it doesn’t matter where you work or which industry you are part of. Bollywood celebs have always made us proud globally. And we cannot thank them enough for the entertainment, emotions, money, and fame they have provided to our country.

It will be a privilege to know your thoughts about the narration of this blog. If you like it make sure you share it with your family and friends.