The Pallava Empire: Emergence and Life Under the Pallavas 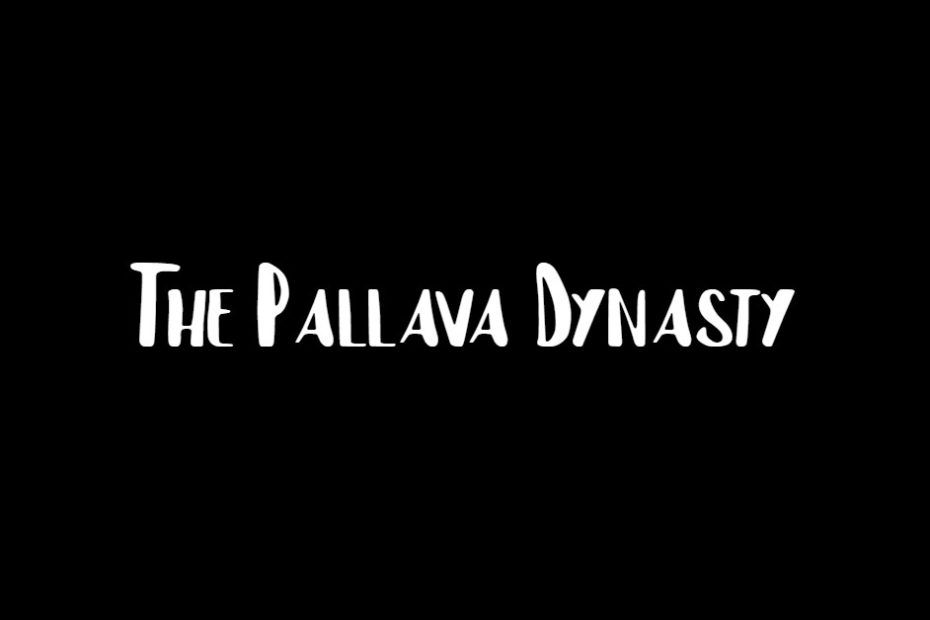 Pallavas were the feudatories of the Satvahanas. Shiva Skandavarman was the first ruler of the Pallava dynasty. The Pallavas started as the vassals of the Satavahanas. Although they had their presence in the 5th and 6th centuries but gained prominence at the end of the 6th century AD. Pallavas ruled in the Andhra Pradesh but managed to extend their territories to Tamil Nadu during the time of Mahendravarman. In the South, the Pallava Kingdom extended as far as the river Kaveri (or Cauvery).

Shiva Skandavarman was perhaps the greatest among the early Pallava rulers, who ruled probably at the beginning of the fourth century A.D. The growth and development of Pallava history become more definite from the second half of sixth century A.D. He was a Buddhist. He defeated his contemporary Tamil ruler. Ceylon was also included in his kingdom.

The Pallavas were constantly at war with Chalukyas. As we have already read, their king Mahendravarman was defeated by Pulakesin II but his son and successor Narsimhavarman not only defeated but also killed Pulakesin II some years later and captured the Chalukyan capital.

Simha Vishnu was the founder of the Pallava dynasty who had been a very strong ruler and conqueror. and After the death of Simha Vishnu, Mahendravarman, the son of Simhavishnu, succeeded him and ruled from 571 till 630 CE. Mahendravarman was believed to be a very efficient ruler. The famous cave temple at Mahabalipuram was constructed due to his proposal and his initiation. The tales of the prosperous Pallava dynasty spread all around and as soon as Chalukya Pulakesin-II came to know about the richness and abundance of the kingdom, he attacked the kingdom and successfully defeated Mahendravarman.

The only reason Pallavas were defeated was that their leader Mahendravarman died in between the war. His son, Narasimhavarman ascended the throne after him. It is said that Narasimhavarman vowed to take revenge for his father’s death. He is believed to have great intelligence with well-built physical strength. He almost destroyed the Chalukya Pulakesi kingdom with his plannings, plottings, and tactics. The Pallava supremacy completely ended in South India in 740 A.D. when the Chalukyas overran the Pallavas in the revived conflict.

Kingship was hereditary and, on some occasions, the king was being elected. Since Pallavas had a vast empire ranging from Nellore in the North to South Pennar River in the south a planned administration was required. Most of the kings were scholars and had good knowledge about the administration. Mostly the rulers of Pallavas followed the Mauryan system of administration.

The council of ministers consisted of officials variously called Matras, Mantris, etc. The king, however, was the supreme judicial authority. There were many servants in the king’s palace who held office hereditarily. The goldsmith and the minor poets in the court held such offices. The army consisted of the land army as well as the navy and the mode of fighting did not seriously differ from that of the earlier period. Salt manufacture was a monopoly of the state. Toddy tappers, the cattle breeders, the priestly community, the potters, the goldsmiths, textile dealers, weavers, oil mongers, brokers, dealers in milk products, armament makers, owners of public places, etc., were all taxed independently.

Hieun Tsang visited the Pallava Kingdom also. He says that the people were honest and followed Hinduism and Buddhism. They were also Jains. Mahendra Varman himself was a Jain before he started worshipping Lord Shiva. Thereafter, All the Pallavas kings worshipped either Lord Shiva and Lord Vishnu and believed in Hinduism. But, they practiced tolerance towards other religions. The Pallava capital, Kanchi was a city of temples and Vedic learning. The Pallavas proved to be pretty generous rulers. Numerous villages were granted free of taxes to the Brahmanas by them. The Pallavas also found their colonies in Sumatra, which is present-day Indonesia, in the initial centuries of the Christian era.

Art and Architecture during Pallava’s

The Pallava rulers were great patrons of art and learning. Sanskrit was an important language and most of their inscriptions are in Sanskrit. Temples in Kanchipuram became the center of Sanskrit and Tamil studies. Dandin was a famous author of many Sanskrit words.

The Pallava kings were also great patrons of art and sculptor. They built beautiful rock-cut temples at Mahabalipuram near Chennai. These temples were shaped like rathas and chariots. Therefore, they are also called Rath-Temples. Rock Temples were also Built at Kanchipuram. These temples have a long tower known as shikhara over the place where the deity is placed.

Tags:ancient kingdomsancient rulersdynastiespallava dynasty
previousWhat is Cauvery Calling Project and what is the need of it?
nextWhat are the greatest Bollywood movies of all time?