All about Greta Thunberg 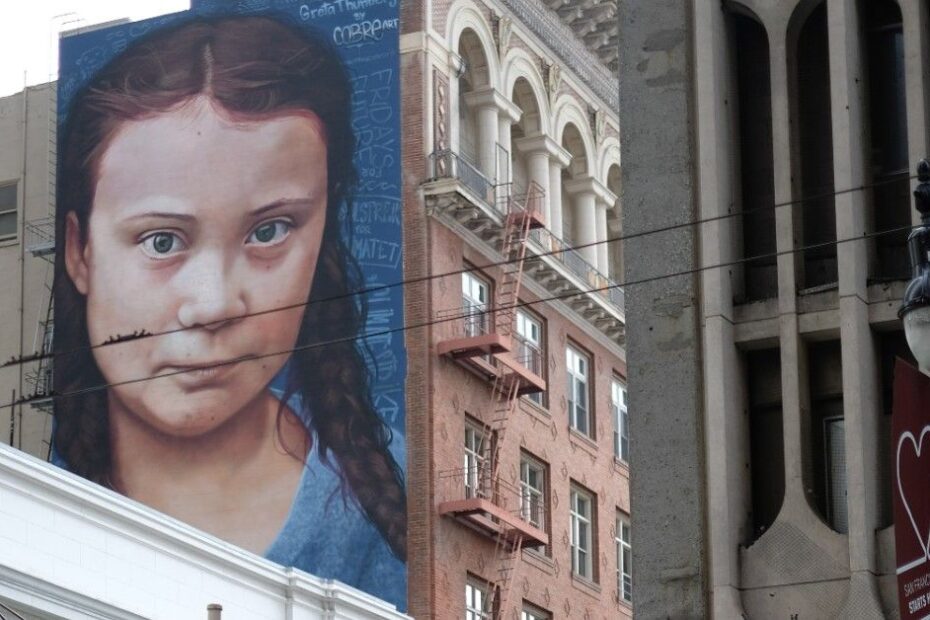 When everyone is busy making himself\herself prosperous, a 17-year-old girl is trying to save the world. Greta Tintin Eleonora Ernman Thunberg is a Swedish climate activist. She was born on 3 January 2003 in Stockholm of Sweden.

In August 2018, when she was in the ninth standard, she was just 15 years old and decided not to attend school. During these days she started a strike and spent her whole day outside the Swedish parliament with carrying a signboard mentioning “school strike for climate”.

She came to know about climate change in 2011 and realized that Earth is on its verge of extinction. It made a great impact on her mind, She was depressed and diagnosed with Asperger syndrome, Obsessive-Compulsive Disorder (OCD), and selective mutism. During addressing the audience of TEDxStockhalm, she told the selective mutism basically means “ only speaks when necessary”. After struggling four-five years bravely with her mental condition, she started a strike.

She started the revolution from home for about two years and forced her parents to minimize the family’s carbon print and overall impact on the environment. She warned them that they were stealing her future.

In December 2019, her father in an interview by the BBC said: “her mother stopped flying to try to save their daughter rather than the climate, and when she did that she saw how much her daughter grew from that, how much energy she got from it.”

In August 2018, she started school strikes and public speeches, and after that, she has become a climate activist. During an interview, she said she first got the idea of a climate strike after school shootings in the United States in February 2018 which led to several youths refusing to go back to school.

She wrote articles and after the paper published her article, she was contacted by a group that is interested in doing something for climate change, named Bo Thore’n Fossil Free Dalsand. She attended those meetings, at one of them, Thoren advised that school children could strike for climate change. Greta Thunberg wanted that others should give their contribution in the strike or in revolution but no one was really interested, so she determined to go ahead by herself.

On 20th August 2018, She started her strike when she was just in 9th grade. She decided not to attend the school until the Swedish general election 2018, on September 9. She wanted the Swedish government to help to reduce carbon emissions in accordance with the Paris Agreement and she started protesting outside the Riksdag for three weeks during school hours carrying a signboard Skolstrejk för klimatet (school strike for climate).

Her speech during the plenary session of the 2018 United Nations Climate Change Conference went viral. She said that “leaders were not mature enough to tell like it is”. At the beginning of 2019, she attended various meetings and do protests around Europe and she was also invited to speak at different forums and Parliaments.

In January 2019, she was invited by the World Economic Forum, where she said that “Our house is on Fire”. By March 2019, she continues her strike and occasionally other students joined her. Her father mentioned that her strike did not interfere with her schoolwork but she has little spare time. She passed lower secondary schools with good grades. Time magazine also mentioned that she was taking a “sabbatical year” from school participation in the United Nations Climate Change Conference.

She had deliberate to remain in the Americas to attend the United Nations Climate change Conference (COP25) which was literally planed in Santiago, Chile in December. However, it was announced that (COP25) was to be moved to Madrid, Spain because of serious public unrest in chile. Greta refused to travel through the plane due to carbon emission by air travel. She posted on social media that she needed a ride to cross the Atlantic ocean. An American couple who had been sailing around the world offered to take her. She set the sail on 13th November 2019 from Hampton, Virginia to Lisbon(Portugal). She arrived in Port of Lisbon on 3 December 2019, then traveled on to Madrid to speak at the United Nations Climate change Conference (COP25) and she also wants to join a local group that was striking for climate change.

But actually it started, 1500 years ago, two massive volcanic eruptions took place one year after another. The black dust had covered the whole upper atmosphere that upper sunlight could penetrate. The temperature plummeted and the crops standing in the fields vanished badly. As the dust fell slowly on earth Sun was again able to warm the world and nurture the lives and returned to normal.

Today we have completely opposite problem. Today our problem is not that sun warmth but that too much is being trapped in the atmosphere due to the use of greenhouse gases. Too much excessive heat is being kept inside the atmosphere of the earth that is the reason that the temperature of the earth is increasing very fast as compared to previous times in history.

She pointed out that climate change has a very disproportionate effect on young people’s lives. She said that her generation may not have a good future anymore because that future was sold so that those greedy and political leaders can make an unimaginable amount of money. She also argues that the people live in the global south are suffering more, even they have a very less carbon emission record.

She also said that youth of the developing country will have to raise their voice for this climate change effect. In December 2019 during speaking in Madrid, she said: “We talk about our future, they talk about their present.”

She said that to reduce the Global warming is not just a sufficient effort, to stop it completely we need to reduce Global warming to 1.5 C. During the speech in the British Parliament in April 2019, she said: The fact that we are speaking of minimizing instead of stopping emissions is probably this is the force behind continuing own business usual.

Join Greta Thunberg in her journey to save Earth

If you liked our blog, don’t forget to share it because Sharing is Caring!

He is trying hard to be a good author. Wants to help society through civil services.

Tags:Greta Thunberg
previousLove is LOVE
nextThe travel blog of my trip to Ladakh