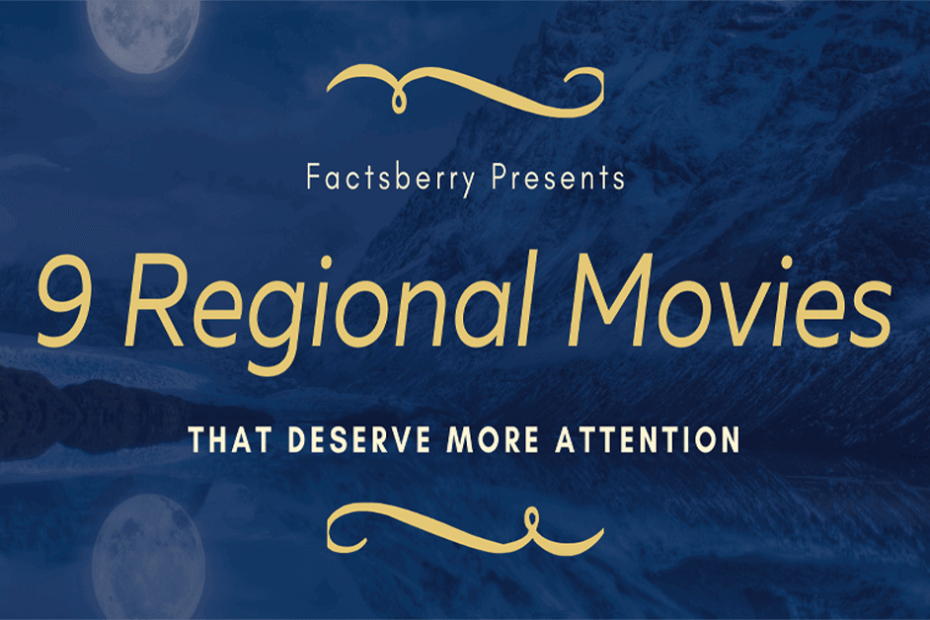 Indian cinema has often been confused and limited to Bollywood.

Over the past decade, we have witnessed a subtle rise in Regional Cinema, which is commendable. They were independent and some of them were the best non-Hindi movies that have been doted upon by the audience. The large commercial films hyped up the moviemakers to pave the way for something new. Earlier, they were not given much attention. The first bold move was made by none other than the legend, Satyajit Ray. His Pather Panchali(1955) was a bold gesture, and thus other Regional movies came up. Since then, it has been a hallmark. It helps the audience to know the legacy of stories and culture that has passed through various areas of our country.

The movie was shot completely in lockdown and gradually unfolds through the screen. It is an extremely intense, thriller film that kept the viewers glued to the screens. The plot revolves around pandemic restrictions and dating app meet-ups which makes it practical during these times. Starring Fahadh Faasil, Roshan Matthew, and Darshana Rajendran; this is an excellent example of perfect innovative content within the budget.

This one is for sure a film that can’t be missed and is a real beauty. A perfect mix of drama and reality; the movie convincingly binds the audience to their seats. With its detailing and backdrop on the reality of a middle-class household, it enamors the people. The major lesson here is of actions and their prevalence over mere words. Starring Ritwick Chakraborty and Basabadatta Chatterjee, the story is a beautiful view of an awesomely written script to a true story of love.

The movie is set in Kancharapalem. The film is an ode of several love stories woven together. It revolves from teenage love to an old, mature love of a widow; thereby dealing with taboos and societal issues. The feeling while watching the movie is too pleasant. Viewers always tend to feel one amongst the villagers. Also, the movie engulfs itself in a lot of twists. Eventually, it is worth it. The climax can surprise you. It is an absolute masterclass in acting, writing, and screenplay.

Counting upon its time of release, this is the highest-grossing Marathi film since the time of its release. It stands for all traumatic experiences a veteran actor faces in the dying Bollywood industry and pinpoints the miseries of retirement. The plot is quite predictable, but what enhances the movie is an intense dramatization, dialogues, and philosophy. Each scene emerges as something real, something one can relate to. Starring Nana Patekar as its lead role, the movie is; in all — a delight.

The movie is based on the daily themes of the rural areas in Assam. It has sincerity and rhythm to its name. The plot revolves around a teenager, Bulbul who grew up in a rural setting in Assam. Teenage, passions, societal pressures, survival, and eventually freedom; the story indeed speaks. The plot intensely deals with the teenage struggle to explore the casual areas of sexuality, preferences, and patriarchal society. The protagonist deals with her relationships, in turn, giving us a wholesome view of reality.

Uyare is a sad tale of every acid attack survivor who fights against all odds to keep up their spirits. The plot stands corrected in its means by its deliberate portrayal of the sufferers. It depicts the mental state of the survivors who refuse to bow to societal pressures. A vivid description of the scenario, the plot deals with the issues of women empowerment and the literal scars on mental health. It deals with the toxic masculinity prevailing in society. Thus, it’s just the kind of drama you look for.

The plot attracts the viewers to a true and magical story of love. Also, it draws our attention to the prevailing social issue of prejudice. For the last 100 years, we were given several incompetent love stories by the mainstream. However, this regional movie comes with nothing but a simple tale that comes in its purest form. It unfolds the illusion created. It indeed is; one true mature story of love. A must-watch regional work that each of us should give heed to.

The story upholds an unbiased view of the life of its addicted characters. It is because of the lives and stories that carry much substance. Representing a question on the underground addicts of Kolkata; the plot poses a moral question. It deals with a chapter that has been forgotten and erased from public memory since the ’90s. An interesting detail is – the movie doesn’t preach despite everything nor is it a social message; just a worthy show. Excellent work on the part of Bengali regional cinema; the film sets the bar high.

Nathicharami poses a tough stand on patriarchy. As the Kannada cinema never talks about this issue, it indeed was a fresh topic to be in the air. The movie has been a winner in 5 National film awards and presents a subtle approach to the desires of a widow. One can relate with the protagonist as the story narrates her struggles of battling the idea that physical desires can only be pursued after nuptials. It indeed uses a form of imagery to indicate freedom.

Much Needed Attention Towards Regional Cinema

It is known that the Regional Cinema isn’t getting the kind of coverage it truly deserves. The untapped market for regional content is, however, scrolled nowadays. The movies may not owe a star power or investment to them; but what they have is a well-versed script, fresh ideas, excellent storylines, and a subtle impact. Such films promote the regional culture and wind up the story to several folks. Various actors and scripts have been immortalized through the Regional Cinema and are still available in their purest form. Hence the name– ‘Cinema with a Purpose’.

Let us know if you’ve got any kind of suggestions or questions related to this topic in the comment section. We welcome your guidance and every sort of healthy criticism. In case you like the thoughts presented and the narration of the topic, you can follow us and share it with your friends and family, it would be appreciated.

Author at Factsberry. She is a budding content writer and a keen student. She can usually be found with her nose buried in a thriller write-up. Apart from pursuing her graduation from a tech-field, she has a literary tinge in her.