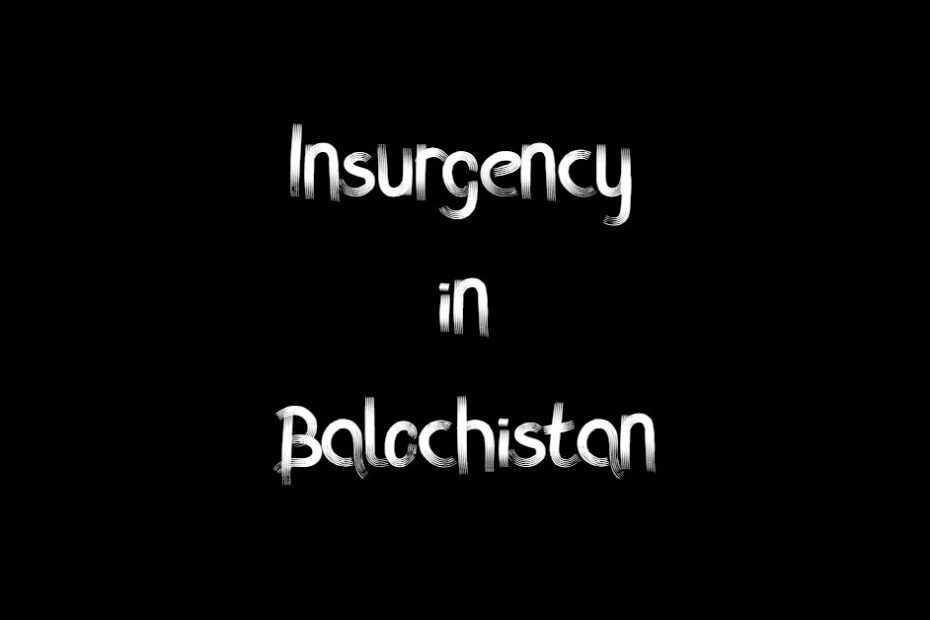 Balochistan is a province of Pakistan that comprises one-third of the total land area of the country. It is believed that the province got its name from its people who are called Baloch. In the early Islamic texts, there is nothing mentioned about Balochs and it is believed that at that time this community was identified by any other name.

Here we are talking about the Balochistan under only of Pakistan but some of its regions are also occupied by Iran and Afghanistan.

From the last 73 years, Balochistan is fighting a war for its Independence. You can also say that the ground conditions in Balochistan are somewhat as same as Kashmir. Further, we will discuss what are the reasons behind this Insurgency in Balochistan.

Balochistan was never a part of Pakistan and at the time of independence when Britishers left, Ahmad Yar Khan (leader of Kalat) demanded the status of an independent country. Mohammad Ali Jinnah himself signed the agreement and Balochistan was free.

But in October 1947, Mohammad Ali Jinnah proposed Khan to merge Balochistan in Pakistan as a province for the betterment (Pakistan’s intentions were never of betterment) of the region. Kalat left this decision on the two houses of Parliament of Balochistan and they voted against Pakistan’s proposal.

Later due to unclear reasons, Khan himself signed the proposal and Balochistan lost its independence. It is believed that the Pakistani Army marched Balochistan, kidnapped Khan, and forced him to sign that accession.

Balochs always wanted Balochistan to be an independent country and that’s why they are still fighting for it.

Balochistan is a very dry and arid region having a water crisis. But it is also highly rich in natural resources (copper, gold, uranium) especially natural gas. For the last seven decades, Pakistan is using Balochistan for natural gas and the whole of Pakistan is dependent on it.

But what Balochistan got and getting? Nothing.

If we are living in a democracy, everybody has the right to share his/her opinions and demands. There are thousands of cases in which normal civilians have been abducted by the Pakistani Army in the doubt of being part of the insurgency and armed groups.

Thousands of mutilated dead bodies have been found over the years. Locals say the Pakistani army is using this tactic to silence their voice and to spread terror. Many human rights groups and international agencies are working to bring the light on this disaster but Pakistani National media is silent as void.

Pro Pakistani government people admit the issue but they blame armed groups carrying out Baloch movement for these suspicious deaths. They say “these armed groups abduct their own people and kill them to gain sympathy”.

(Reason 4) Migration of other ethnic groups into Balochistan

Pashtuns and other ethnic groups are migrating into Balochistan and on the other hand, various Balochs are leaving their homes to settle abroad so that they can save their families from atrocities.

This migration is seriously raising the chances of Balochs becoming a minority in the region which will hurt their unified front against Pakistan.

The natural landscape of Balochistan is beautiful but the man-made is more like the scenes of zombie movies taking place in a desert.

From the last 70 years, the infrastructural development in Balochistan is the least priority of the Pakistani government and even many Pakistani people admit it.

Due to this Balochs are way backward and illiterate than an average Pakistani.

Back in 2013, China decided to invest 50 billion dollars to make an effective alternative route that can connect Gwadar port in Balochistan to China so that its supply of resources from the Arabian Sea remains unharmed when they face any threat over the South China Sea.

Gwadar is a fishing town but when they built Gwadar port the only livelihood of the fishermen of the region destroyed. They are not even allowed to access the shore through that port which is causing resentment.

According to the government of Pakistan, this project will help the development of Balochistan but locals don’t believe so.

So, these are the major reasons that are responsible for the insurgency in Balochistan. The Baloch movement is one of the most violent movements happening on the planet and according to me “even if you are fighting for right, violence reduces the weight of your point”. So, the Baloch people require some unity and strong leadership which can help them to achieve independence for Balochistan.